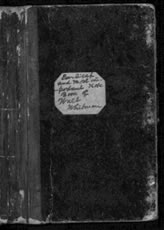 IN the week that the new Hermitage Academy at Colgrain was officially opened on June 4 2008, a book about a much older Helensburgh school came to light — and now it has been bought by Helensburgh Heritage Trust.

Antiquarian bookseller George Newlands, of McLaren Books in John Street, was offering for sale a manuscipt notebook about the establishment of Helensburgh's first school. The first page carries the note: “The Schoolhouse being ready and entered into upon July 3 1805."

The introduction states: “Seeing the right education of youth is a thing of the highest importance both to themselves and the commonwealth, under these and like considerations a number of people in this Town and its Vicinity having come to a resolution to have a Schoolhouse built by subscription for the benefit of the Public which being done, here are their names annexed.”

The minute of the meeting of January 22 1811 shows that Helensburgh's first Provost, steamship pioneer Henry Bell, who was not one of the subscribers, was elected treasurer.

He only served until March 1813 when he was succeeded by James Bain, but it was a very busy time in Bell's life as that was when he was travelling all over Scotland with the then Leith-based Comet which he described at that time as a 'jaunting boat'.

At their board meeting on June 19, the directors of the Heritage Trust agreed to buy the book to add to the Trust's heritage collection. Said chairman Stewart Noble: “This is a very important item from the burgh's past, and we wanted to ensure that it stayed here.”