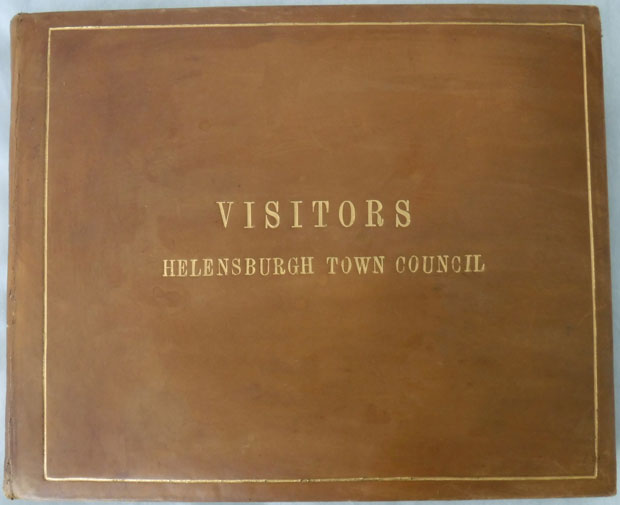 Treasurer Stewart Noble takes up the story: "We managed to persuade the auction house to withdraw it from its sale and, as I was already planning to visit my daughter in Kent in June, I told them that I would like to come and see it and perhaps buy it.

"The Trust board agreed in advance to contribute a maximum of £500 towards the purchase, but the suggested starting price at auction was £800.

"Mark Jennings of Chaucer Auctions told me that there was a lot of interest in the visitors book, and he expected that it would realise around £1,500 at auction. But to my delight he agreed to sell it to the Trust for £750 – and so it is now back home in Helensburgh!"

Because it cost more than the maximum £500 which the Trust was prepared to pay for it, the trust has launched an appeal for donations to help bridge the gap.

The Trust board has not yet decided where to display it, but there is a strong possibility that it will be put on show in the link corridor in the Helensburgh and Lomond Civic Centre, as the display cabinet there already contains a number of items relating to Helensburgh Town Council. 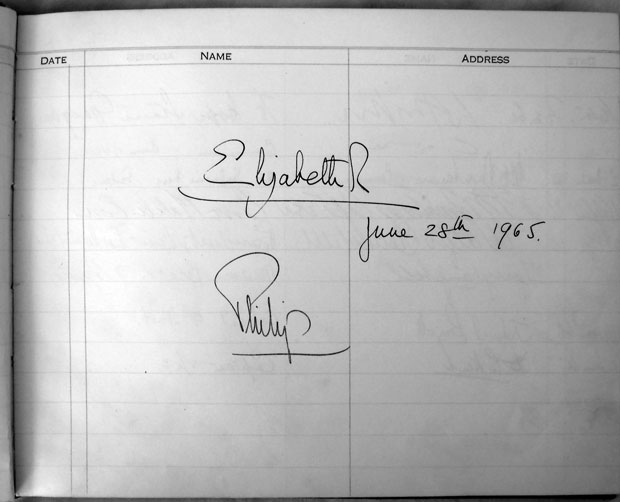 The most prominent signatures are those of the Queen and Prince Philip who together visited the town on June 28 1965.

Princess Margaret visited the town to open the former Old Parish Church on the seafront in its new incarnation as a Church of Scotland hostel for servicemen and women on March 29 1959, and the visitors book actually contains a photograph of her signing it.

It also contains the signatures of European royalty, and there are also two prominent signatures from the church.

Roman Catholic Archbishop James Scanlan came to Helensburgh in 1967, and ten years earlier another visitor was the Moderator of the Church of Scotland, the Right Reverend George MacLeod (later Lord MacLeod of Fuinary), who was also founder of the Iona Community.

The signatures of a number of John Logie Baird's family appear in 1961 at the time of the unveiling of the memorial to him in Hermitage Park — it is now on the west esplanade at the foot of William Street.

From the world of politics at an unknown date in the early 1950s there is the signature of Anthony Eden, who gives his address as House of Commons, London. He had already served as Foreign Secretary and was to become Prime Minister in 1955.

Donations from members and the public enabled the Trust to buy the book.