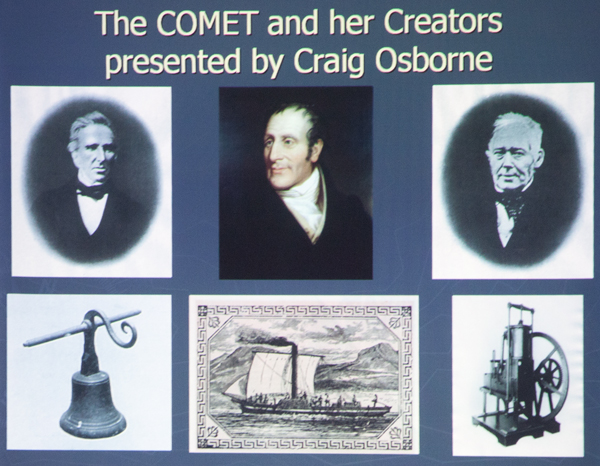 MEMBERS of Helensburgh Heritage Trust enjoyed a fascinating talk by J.Craig Osborne of the Scottish Maritime Museum on 'The Comet and her Creators' at the final open meeting of the winter season in Helensburgh Tennis Club on Wednesday March 28.

Mr Osborne, author of a booklet with that title in 2007, spoke and showed images of the men who built Henry Bell's Comet, telling the story of the inventor from his birth in Torphichen in 1767 and the men with whom he worked to build and operate the two Comet steamships. 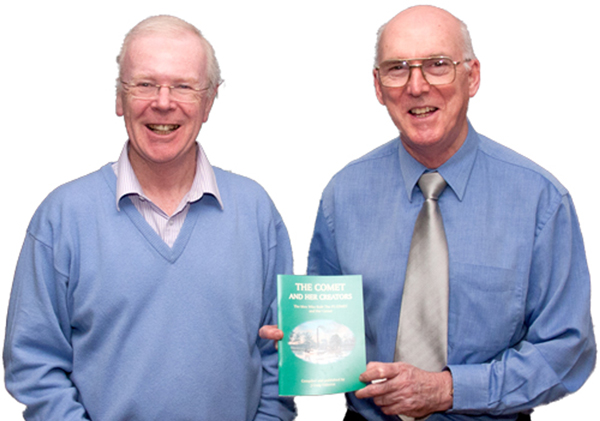 In a talk which served as a taster for the Comet bicentenary celebrations this summer, he provided fascinating background information, including such details as the Comet never operated on a Sunday, and that Bell insisted that on every voyage both a piper and a gun were on board.

The well-illustrated booklet, which tells the Comet story in great detail, is available from Mr Osborne at the Scottish Maritime Museum in Irvine, price £6.

Trust chairman Stewart Noble (left) introduced the speaker and proposed the vote of thanks.

At the end of the meeting John Urquhart of Love Loch Lomond presented a sponsorship cheque for £300 to go towards the bicentenary celebrations.