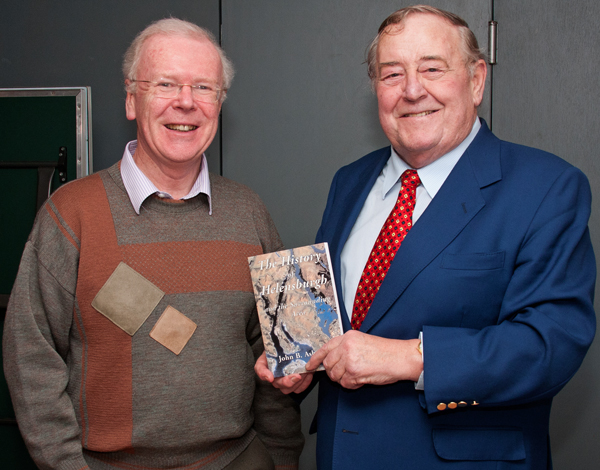 THE Helensburgh area had two legal distilleries — and many illicit stills.

John Ashworth OBE, retired chief executive of the Chivas Brothers group, told the Helensburgh Heritage Trust meeting in Helensburgh Tennis Club on Wednesday evening that one distillery was at Altdonaig, Rhu, and the other behind the Victoria Hall in the burgh.

Illicit stills abounded on Garelochside, and Whistler's Glen in Rhu was so named because people whistled to warn of the approach of excisemen.

Mr Ashworth, who has lived in Helensburgh for many years and was the author of a history of the town, spoke on the subject of the Drinks Industries, but primarily whisky. At one time there were 680 distilleries in Scotland, while today bottles with certificates of authenticity can be bought in Japan for 1,000 dollars.

It is popular all over the world, with China a massive new market, and every second £120 worth is sold somewhere in the world. "The Scots were clever," he said, "as they exported the customers first!"