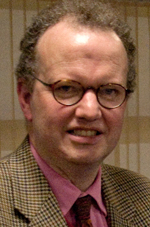 "Surely this is a spelling mistake?" That was the reaction of many people when they saw the title of the talk which Simon Green of the Royal Commission on the Ancient and Historical Monuments of Scotland gave to Helensburgh Heritage Trust on Wednesday January 25. However, it was no mistake!

The baffling title was "The Bute-ifying of Scotland". The solution to the conundrum came in the subtitle to the talk, which was "The Architectural and Archaeological Patronage of the 3rd and 4th Marquesses of Bute". And what a patronage it was.

When the 3rd Marquess succeeded his father to the title at the age of six months in 1848, he had an annual income of £300,000 — in today's money that might perhaps be nearer £30 million — and this was just the income which he received; his actual fortune would have been probably at least ten times greater. He proved to be a patron of architecture and the arts on an enormous scale.

The best-known example of his grand designs in this area is the remarkable Mount Stuart house on the Isle of Bute. If it was on the mainland, it would probably be within the top six visitor attractions in Scotland. It was not however totally to Simon's liking, as he referred to it as looking like "a German town hall"! The expense of maintaining this building cause some of his successors to produce plans for its demolition — but the building is still there today.

When a student at Oxford University, the 3rd Marquess converted to Roman Catholicism. Thereafter there was scarcely a Catholic church in Scotland which did not benefit in some way or another from his largesse.

Much of his fortune came from industry in Wales, and from the family's ownership of Cardiff docks. Consequently the elaborate restoration and enlargement of Cardiff Castle is another very prominent example of one of his projects.

Simon stressed that the Marquess loved revising his ideas as projects were proceeding — this was perhaps more fun than actually completing the project!

In his vote of thanks, Heritage Trust chairman Stewart Noble said that he felt that he knew a bit about the Marquesses of Bute. However Simon's talk made him feel that his knowledge barely scratched the surface — indeed Stewart described the extent of what the two Marquesses did as "jawdropping!"