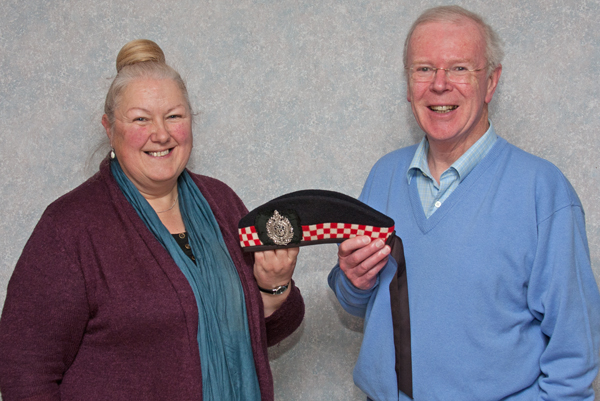 THE history of the Argyll and Sutherland Highlanders was described in an illustrated talk given to Helensburgh Heritage Trust's final open meeting of 2011 by Joyce Steele on Wednesday November 30.

Mrs Steele, who lives in Garelochhead with her husband Colonel Bobby Steele, is the curator and manager of the regiment's museum in the King's Old Building at Stirling Castle.

The museum has been open since 1988 and displays many objects of regimental interest. It relates the illustrious history of the regiment and many personal stories of the officers, soldiers and their families. 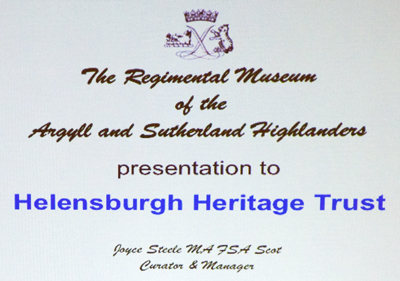 She said that Princess Louise, who spent much of her later life at Rosneath Castle, took a close interest in Her Regiment which they repaid with respect and very real affection.

She designed the new regimental badge herself, elegantly combining the Argyll Boar's Head and the Sutherland Wild Cat, surmounted where suitable by her own cipher and coronet.

Outstanding service and bravery in several wars followed, and also evolution as the army changed. Today they are the Argyll and Sutherland Highlanders, 5th Battalion The Royal Regiment of Scotland (5 SCOTS).

Heritage Trust president Stewart Noble, who proposed the vote of thanks, is pictured with Mrs Steele, both holding an Argylls glengarry. Photo by Donald Fullarton.