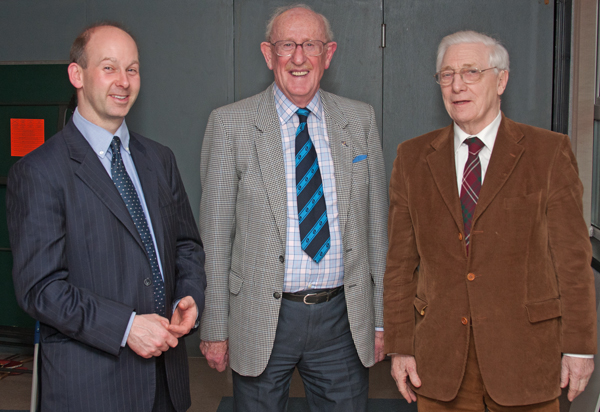 THE formation of Helensburgh's Lomond School was described at the final open meeting of the Helensburgh Heritage Trust winter season in Helenburgh Tennis Club on Wednesday March 30 2011.

The speaker was David Arthur MBE, the first headmaster of the new school — which came about through the merger of St Bride's School for girls of all ages and Larchfield Preparatory School for boys.

In the spring of 1976 advertisements appeared for the post of principal of the school to be formed from Larchfield and St Bride's, and David got the job. Larchfield head John Widdowson left to become head at Keil, and St Bride's head Miss Campbell left for Albyn School in Aberdeen.

He said that the key tasks in what turned out to be a very successful amalgamation were selecting the senior staff and management team, rationalising the nine different buildings the school owned at that time, planning the curriculum, deciding on the hours of the school day as Larchfield and St Bride's were different, and selecting the new school uniform.