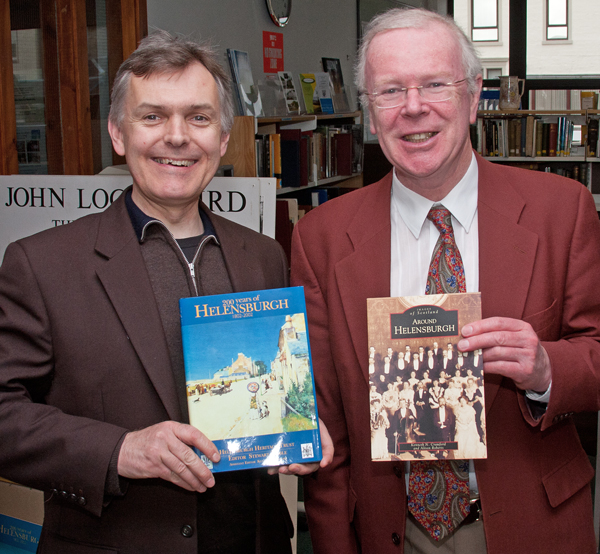 The board of the Trust agreed to confer this honour when they heard that Mike Davis, reference librarian at Helensburgh Library in West King Street, was taking early retirement.

On his final day in the post, Wednesday March 30 2011, Mike (left) was presented with the Heritage Trust books, '200 Years of Helensburgh' and 'Around Helensburgh', by chairman Stewart Noble.

“Mike has been a tremendous support to the Trust over the years, and in particular to those members engaged in local history research. We will miss him, and wish him and his wife Charlotte and family every happiness in the future.”

His official title was Reference & Lifelong Learning Librarian, Argyll and Bute Council (Libraries and Culture), and his responsibilities have been taken over by Sandbank-based Eleanor McKay.

An excellent speaker, Mike wrote a book entitled 'Scots Baronial Mansions and Castle Restorations in the West of Scotland' in 1996 and is an expert on this subject.