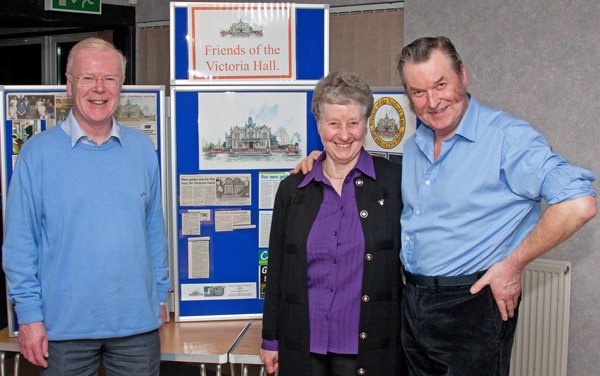 THE five year project to restore gates and fencing to the Victoria Hall was described to members of Helensburgh Heritage Trust at their February 2011 open meeting.

Tony Dance, who led the project on behalf of the Friends of the Victoria Hall, gave a very well illustrated talk which demonstrated the complexity and the skills involved in the metalwork and stone masonry. The original fencing was removed in 1942 for the war effort.

He told members at Helensburgh Tennis Club that the idea was conceived in the summer of 2001 and launched in October of that year as a way of marking the burgh bicentenary in 2002, but because of the time it took to raise the £67,533 total cost it was September 30 2006 before the official opening took place.

He said that it could not have happened without a £10,000 donation from Dunbartonshire Enterprise and many other donations from local people and organisations. A time capsule was placed in the final stone pillar with the aim of giving a picture of life in Helensburgh in 2006.

The other work of the Friends, including some £60,000 of improvements to the Pillar Hall and the recent town Christmas lights project was illustrated with a photographic display.