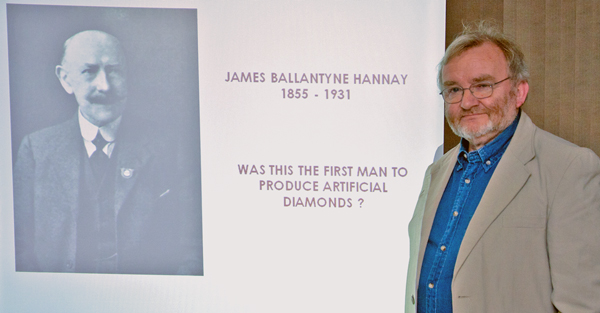 THE colourful life of a Helensburgh man who is believed to be the first man to make diamonds artificially was described to members and guests at the Helensburgh Heritage Trust meeting in Helensburgh Lawn Tennis Club on Wednesday January 26 2011.

Guest speaker David Harvie FSAScot from Dumbarton revealed the many facets of the life of James Ballantyne Hannay, with illustrations of where he lived and worked.

Hannay was a businessman and inventor who held over 80 patents, including an industrial lighting device, anti-fouling paint for ships, and a means of extracting gold and other precious metals from ores. 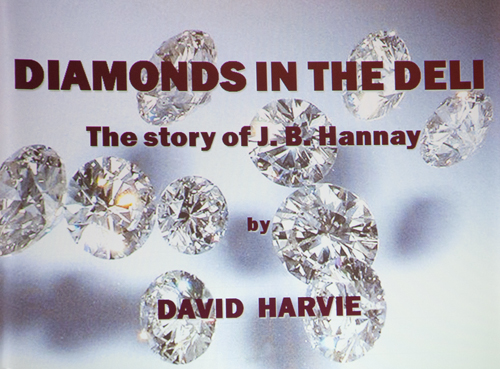 He was born in Glasgow on January 1 1855, and his family later moved to Westburn, 50 Campbell Street, which at that time was accessed from Stafford Street. They also owned the nearby Woodburn.

By the age of 17 this remarkable former Larchfield Academy pupil was elected a Fellow of the Chemistry Society of London.

It was in 1880 that he claimed to have made the diamonds, possibly in a ravine at the foot of the Westburn garden or at his laboratory in Glasgow, and since then his claim has been verified on several occasions.

Some three years later he bought Cove Castle which was his home until his death at a Glasgow mental hospital on March 17 1931. He is buried at the Barbour Cemetery at Cove.