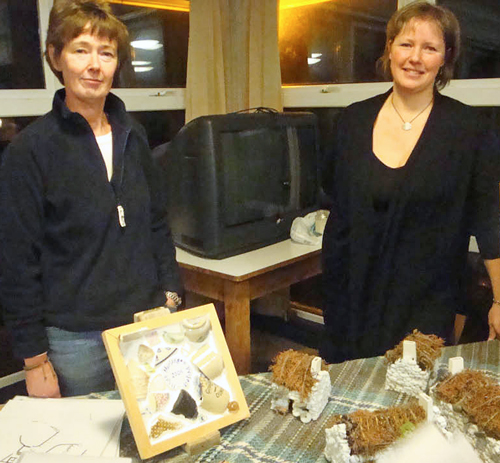 THE story of the very successful excavation at High Morlaggan, near Arrochar, was told to Helensburgh Heritage Trust members and guests at the November 2010 open meeting.

Over 2,000 shards of pottery were found at the settlement, which dates as far back as 1501, on the site of an old farm above Loch Long, last in use at the time of the First World War.

Sue said: “This dig unearthed the beginning of the end of Morlaggan — a ruined home that had become a midden — a rubbish tip full of domestic pottery and farming tools dating from 1820 to the 1890s.”

A further excavation with the help of Kilmartin House Museum and the Arrochar pupils will take place next spring, thanks to a £30,000 grant jointly awarded by the Heritage Lottery Fund and the Islands LEADER Local Action Group.

“This next dig aims to reveal evidence from earlier centuries and give us a more comprehensive picture of how such settlements developed,” Sue said.

“We are delighted to have been given this grant — it’s like a dream come true. We want to find more evidence of how people lived and farmed at Morlaggan in the post-Medieval period.

The picture shows Sue (left) and Fiona with some of the items the pupils found. Photo by Kenneth Crawford.