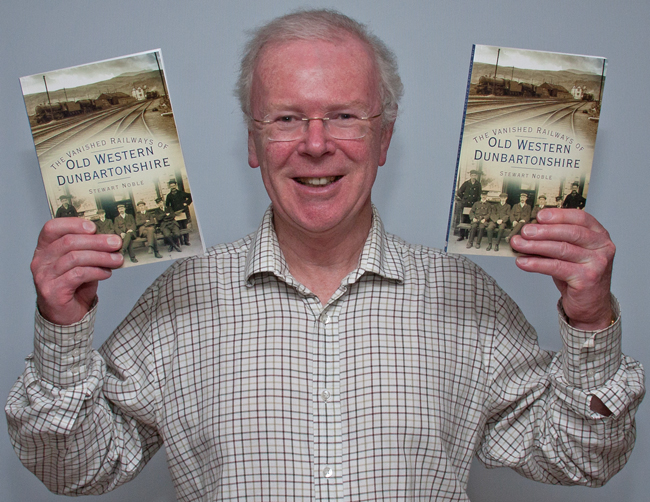 HELENSBURGH Heritage Trust chairman Stewart Noble described many of the old railway lines which served Dumbarton, the Vale of Leven and Glasgow in a talk at the Trust's well-attended October open meeting in Helensburgh Lawn Tennis Club.

After overcoming a computer glitch, Stewart used then and now photographs of the three different railway companies lines from Glasgow to Clydebank, and explained how they developed into the one line that exists today.

Author of the recently published book 'Vanished Railways of Old Western Dunbartonshire', Stewart spoke about stations such as Clydebank East and Kilbowie, and showed the vast area occupied by the Singer factory and the goods lines which served it — as well as the steam and diesel locomotives used on the main lines and in factories and shipyards.

He showed old pictures of Dumbarton and the spur lines to the Dumbarton South goods yard and the Denny Shipyard, and the stations in the Vale of Leven on the line leading to Balloch Pier.

Group photographs of the staff at various stations showed both their pride in their uniforms and the number of people required to operate the various services, including parcel delivery.

Time did not permit him to cover the Dumbarton to Helensburgh route, and it could provide the basis of a future talk. Trust director John Johnston proposed the vote of thanks.