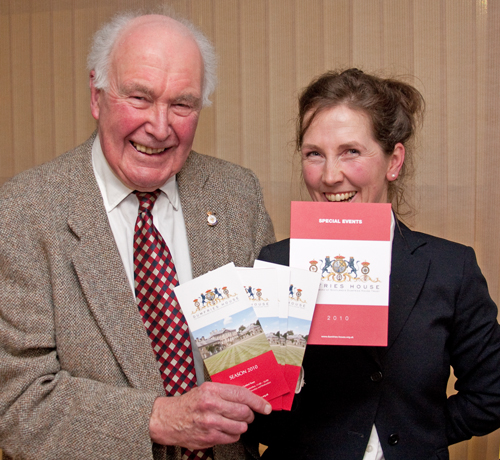 THE attractions of historic Dumfries House, near Cumnock, were described to a packed final open meeting of the Helensburgh Heritage Trust winter season on Wednesday March 31 by curator Charlotte Rostek Davis.

It was a homecoming and a reunion with many old friends for Charlotte, whose husband is Helensburgh reference librarian Mike Davis and who formerly lived in the town when she was the curator at the Charles Rennie Mackintosh mansion Hill House.

Charlotte told how Dumfries House and its unique collection of Chippendale furniture was acquired by a trust for the nation from the Marquis of Bute, thanks to a last minute intervention by HRH Prince Charles.

She showed pictures of the property, many of the rooms, and the furniture — and Trust members will see for themselves as a trip to Dumfries House is to be organised in September. The vote of thanks was given by Heritage Trust company secretary John Johnston in the absence of chairman Stewart Noble.