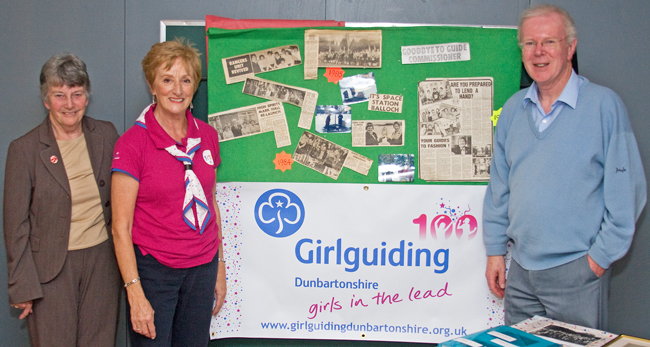 District Commissioner Lisa Summers and Isobel Stirling provided a display of pictures and newspaper cuttings charting the progress of the organisation in the area. 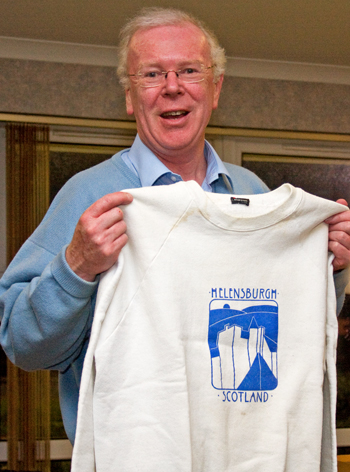 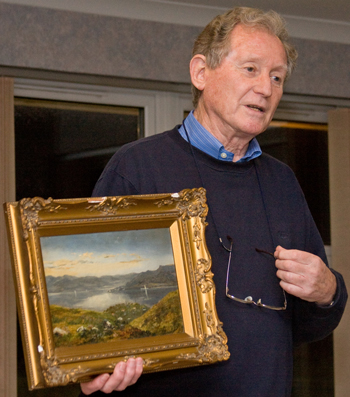 Lisa said that Princess Louise opened the first local guide unit at Rosneath, and the Helensburgh Guide HQ in John Street was opened in 1925 by Lady Baden Powell.

The meeting, the first of this winter's season of public meetings, was chaired by Trust chairman Stewart Noble and was well attended.

Stewart himself brought a Helensburgh t-shirt from some years ago and a tie marking the centenary of the West Highland Railway, and Alastair Macbeth (left) showed an old painting of the Cloch lighthouse by a relative.

Former Rhu man Howard MacDonald presented an account of wartime trips by Churchill and other leaders from Faslane, while Chrissie Clow showed two photographs of 1930 Sunday School outings to Balmaha.

Also on display was an original copy of 'Annals of Garelochside' by W.C.Maughan, signed by the author on December 27 1898 and dedicated to a great aunt of Heritage Trust director Donald Fullarton.