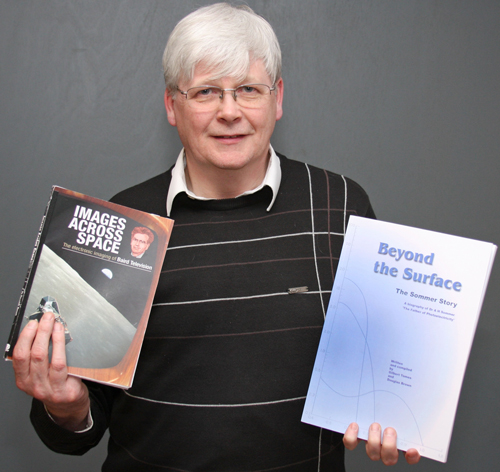 A PREVIEW of some of the content of two new books about the development of television was given to members of Helensburgh Heritage Trust at their final meeting of the winter season in Helensburgh Tennis Club on Wednesday March 25 2009.

Dr Douglas Brown of Strathclyde University, an expert on TV inventor John Logie Baird, spoke about his soon to be published books ‘Images Across Space’ and ‘Beyond The Surface’.

In his third talk to Trust members, Dr Brown looked at four people found by Baird who became key players in the Baird Television Company from 1932 onwards.

They were Captain A.G.D.West, technical director of Baird Television, cathode ray tube expert Dr Constantin Szegho, Dr Alfred H.Sommer, whose work on photoelectrics is the subject of ‘Beyond The Surface’, and Gilbert A.R. ‘Jumbo’ Tomes who started as a junior with Dr Szegho making cathode ray tubes and went on to become a multi-millionaire in the electronics and nuclear industries.

He also discussed the work of Philo Farnsworth, considered by many Americans to have been the founder of television rather than John Logie Baird.