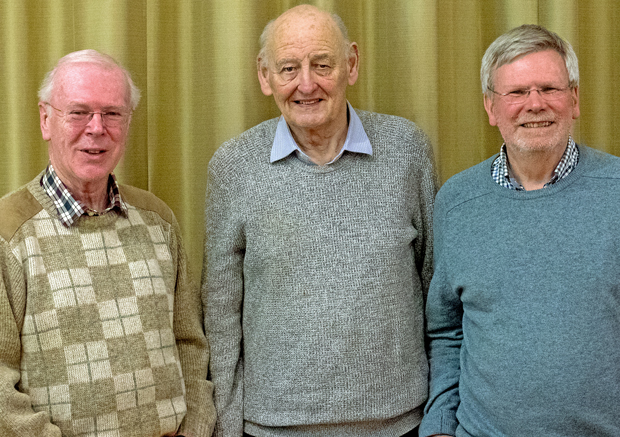 TRAVEL, places and a star of the past were the topics at Helensburgh Heritage Trust’s February open meeting in Helensburgh and Lomond Civic Centre on Wednesday February 26.

There was a good attendance for the second annual Trustees Night, when three members of the Trust Board were introduced by chairman the Rev David Clark and spoke about very different subjects. 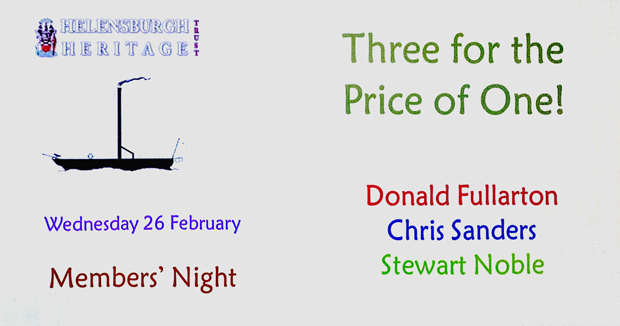 Stewart Noble showed an 1879 Helensburgh Railway and Steamer Timetable donated to the Trust by the late Jenny Sanders, herself a long-serving trustee, to show how different a way of life local people of that time enjoyed.

He began with a train journey from Glasgow Queen Street, before that station had a Low Level, to the town, showing old pictures of the stations called at, including Cowlairs, Maryhill and Kilbowie, before joining the current route.

He then took the audience on a steamer trip from Helensburgh pier to the many piers in the Gareloch. Nowadays only the burgh pier still exists, and he hoped that it would be able to be used again before too long.

Three years ago Chris Sanders took the modern photos and edited a ‘then and now’ book entitled ‘Helensburgh & Rhu Through Time’, donating the royalties to the Trust which supplied many of the old images.

“I was asked to choose 90 old photos, and to take pictures of the same places as they are today,” he said. “It turned out that some of the old images were not good enough to be published in a book — and I had two days to organise another 30!”

The meeting gave him the opportunity to show the images which were not included in the book, and his photos of these places today.

Donald Fullarton played two songs sung by Master Joe Peterson, who was actually Mary O’Rourke, born at 6 Maitland Street on July 26 1913, and told her rags to riches and back story.

Mary was the 12th of 14 children of Hannah O'Rourke and her Irish mason's labourer husband Joseph, and she became a London-based international star as a boy singer, recording 59 Master Joe 78 rpm discs for the Rex label between 1934 and 1942.

Her true identity was a tightly guarded secret, which even many people on her supporting bill were unaware of. However she was banned from broadcasting on the BBC because the powers-that-be considered her improper for dressing as a boy, although they did not explain how this affected her radio performances.

In 1952 she parted from her husband and returned to Glasgow where she lived alone, but continued to star with artists such as Jimmy Logan, Tommy Morgan and Chic Murray. She died a penniless alcoholic on Christmas Eve 1964 aged just 51.