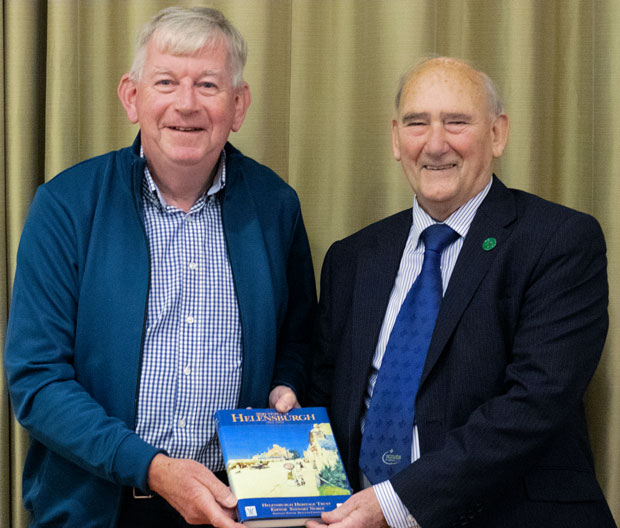 THE STREET names in Helensburgh have origins which come from a diverse list of sources.

Sandy Kerr revealed some of the sources when he was the speaker at Helensburgh Heritage Trust’s second open meeting of the winter season in Helensburgh and Lomond Civic Centre on Wednesday October 30. 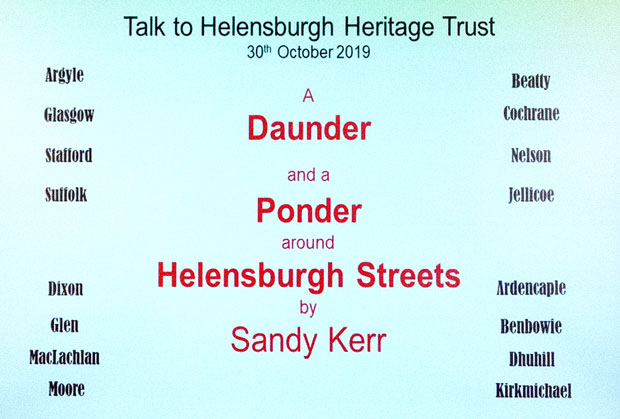 A former Trust director, Sandy contributed a chapter on local street names to the Trust’s 2002 bicentenary book ‘200 Years of Helensburgh’, which can still be bought from the Trust and at local outlets.

Helensburgh itself was originally Millig, or Malig or Mid Milligs, which is Gaelic for a corn mill, and there was a mill beside the Victoria Hall which dates back centuries.

He said that finding the origin was not always straightforward, as sometimes names changed — an example being Alma Crescent being renamed Victoria Crescent. However 34 streets are named after places on early burgh maps.

The seven main sources are royalty and nobility, the Colquhoun and Sinclair families, Clyde steamers and Sir Walter Scott book titles, local area names, local worthies such as Henry Bell and Andrew Bonar Law, the Isle of Arran for Clyde-Arran, and Royal Navy history for Churchill.

But there are others which are more obscure, one example being Courtrai Avenue where the houses were built partly with materials from Courtrai in Belgium.

Trust director Geoff Tompson thanked the speaker for a fascinating talk, and he added that it was the largest attendance since meetings were moved to the Marriage Room at the Civic Centre.