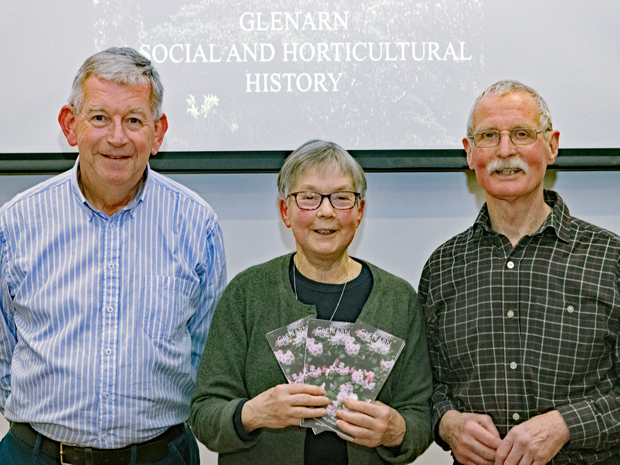 THE RESTORATION of a Rhu garden has led to it becoming a major summer visitor attraction in the West of Scotland. 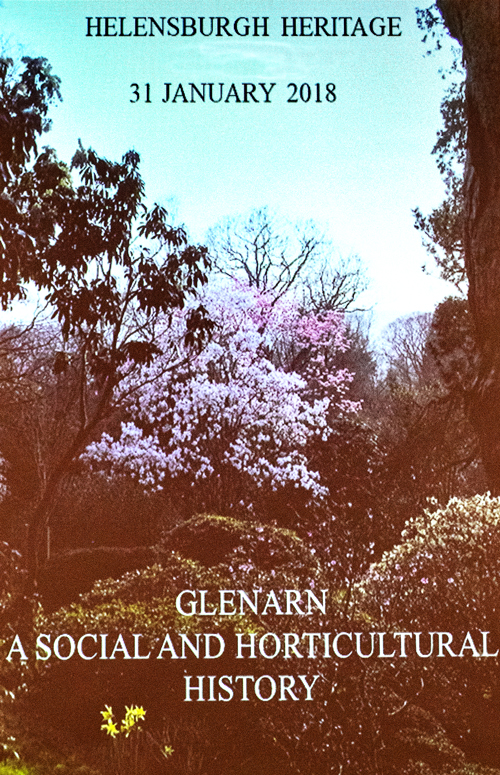 Glenarn was built around 1850 and has belonged to only four families since then, but it is most noted for its extensive garden.

Mike Thornley told the January open meeting of Helensburgh Heritage Trust at Helensburgh and Lomond Civic Centre in East Clyde Street on Wednesday evening how he and his wife Sue have restored the garden since they arrived in March 1983.

The first owner was a young Glasgow lawyer, Andrew MacGeorge, whose first contact with Rhu was when he acted for the accusers when village minister the Rev John McLeod Campbell was deposed as an ordained minister at the General Assembly of the Church of Scotland in 1831 because his preaching was considered dangerous and even heretical.

The lawyer bought ten acres of land at Rhu in 1846, and engaged noted local architect William Spence to design Glenarn as a second home. He lived there until his death in 1891, and he is buried in Rhu Churchyard. There is a memorial stained glass window in Rhu Church.

During his ownership a number of changes were made to the house, and he created the extensive garden.

Plants — many of them varieties of rhododendron and magnolia — included some from famous horticulturalist Joseph Hooker’s 1849-50 Sikkim expedition, from other plant hunters, and from other major Scottish gardens.

Longstanding owners in the 20th century were members of the Gibson family.

A storm in 1927 resulted in a number of trees being blown down, and when they were cleared more rhododendrons were planted. A rock garden was created on the site of a quarry.

They first opened the garden to the public under the Scotland’s Gardens scheme in 1939, and open days were held during World War Two — when visitors were advised to bring sugar for their tea because of rationing.

An area of the garden is still called Germany because of the work done there by two Bavarian prisoners of war from a camp on Garelochside.

When the Thornleys took over, they radically altered the house by knocking down part of it, and set about refurbishing the beautiful but overgrown garden.

“Our main problem has always been how to cope with the burgeoning West Coast growth and ageing plants, by conserving and expanding the collection, while retaining the essential character of the garden,” Mr Thornley said.

They began major clearance work to open up views and make space for replanting, and on an area called Granny’s Hens — originally a hen run — they planted many aspens from the National Aspen Collection in Lochwinnoch.

The pond was re-excavated in 1992, and reformed and replanted in 2013 with a variety of plants. Work began about the same time on revitalising the rock garden, and this is still continuing.

Last year, to mark 75 years of garden openings, a bench was provided on Granny’s Hens, and some paintings of chickens by Andrew Grace installed.

Glenarn will be open daily again from dawn to dusk from April to September, and Mr Thornley said that a Heritage Garden Walk was planned for late April.

He was introduced and thanked by Heritage Trust chairman the Rev David Clark. He is pictured (left) with Sue and Mike Thornley.