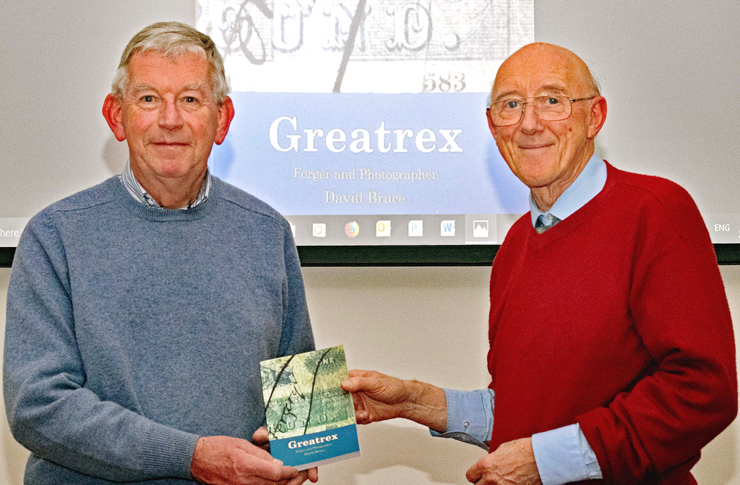 A LAY PREACHER who officiated at services in Helensburgh was not quite what he seemed. 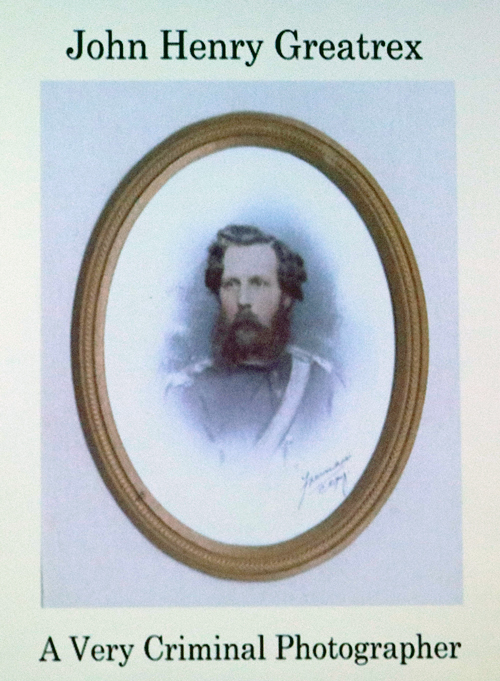 The guest speaker in the Civic Centre on Wednesday November 29 was burgh man David Bruce, a former director of the Scottish Film Council, film and photography historian, Fellow of the Royal Photographic Society, and well-known local musician and conductor.

Mr Bruce wrote the book ‘Greatrex: Forger and Photographer’, published in 2013 and still available online, after seven years of research which included a trip to Australia.

Born on April 4 1827, John Henry Greatrex was the fifth of ten children of Charles Butler Greatrex, a Surgeon Lieutenant in the Royal Marines, and his wife Mary Ditchburn.

John Henry turned out to be the family’s only black sheep.

On May 23 1845 at Warwick he was convicted of stealing money and sentenced to seven years transportation in the Australian state soon to be named Tasmania.

After spending months in jail in London, he eventually arrived in Melbourne in November the following year. Soon he was on stage appearing in various plays, using the alias Henry Ditchburn and later Parker.

But in 1849 he was in court on a charge of stealing a magic lantern from a publican after forging a document, but was acquitted.

The following year, and described as a grocer, he was in court in Sydney on a charge of having obtained a dray load of tea and sugar on false pretences. He was committed for trial at the Supreme Court, and the jury took five minutes to convict him.

He was sentenced to work on roads or other public works for five years from July 1853, but in the spring of that year he and his new wife Jessie were on their way back to Britain.

By 1855 he was in business at 79 Regent Street, London, as John Henry Greatrex, Photographic Artist.[DF1]

By 1860 he was in a London debtors prison, but from the end of that year he served for six months in the First Surrey Artillery Volunteers and was even promoted from Lieutenant to Captain.

His next move was to Glasgow where he worked, first as a partner and then by himself, as a photographic artist.

Mr Bruce said: “He was beyond the stage of producing decent commercial photographs and had a good understanding of the key processes of production.

“However he had acquired it, and for whatever purpose, he had expertise to deploy.”

From 1864, a year after he was elected a member of the Glasgow Photographic Association, he had a young assistant in his premises, Jane Weir from Aberdeen, and she was to become his mistress.

It was in this period that John Henry, who was known for his preaching on Glasgow Green, came to preach at one of the mission halls in Helensburgh, and it is likely that here he met Sewell Grimshaw, a Bonhill die cutter who engraved patterns.

Sewell moved to Helensburgh where he was successively a coal agent, farm produce dealer and grocer. He, his brother Thomas, and John Henry were to become forgers of 1,500 fake Union Bank £1 notes, which had to be ‘uttered’.

But the Grimshaws were arrested, and John Henry, now living in Aberdeen with Jane, had to leave Scotland. They went to America, where he was eventually traced and arrested by an outstanding Glasgow detective, Superintendent Alexander McCall.

He was brought back to face trial with the Grimshaws in the High Court in Edinburgh in May 1867. The key witness was Jane.

After three days of evidence, the jury took less than an hour to find all three guilty of manufacturing and uttering forged £1 notes. Greatrex was sentenced to twenty years penal servitude and the brothers to fifteen.

John Henry served his time in at least two English prisons before he died of bronchitis at a jail for invalid convicts in Woking, Surrey, on October 16 1876. A week later he was buried in the nearby Brookwood Cemetery.

Jessie, with whom he had three children who all emigrated to Australia, died two years later. It is not known what happened to Jane.

Heritage Trust chairman the Rev David Clark introduced Mr Bruce and proposed the vote of thanks.