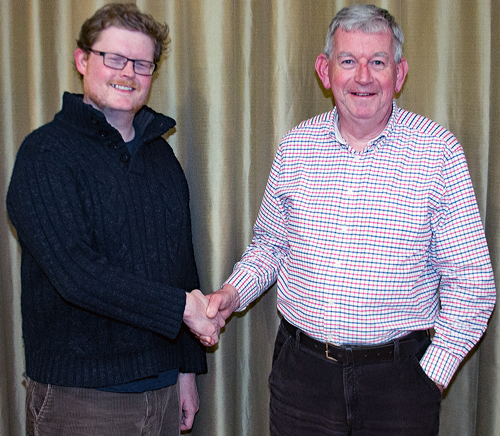 MEMBERS of Helensburgh Heritage Trust found themselves with a different speaker and a different topic at their second open meeting of 2017 on Wednesday.

Originally they had been expecting Professor Dan Atkinson of Edinburgh-based Wessex Archaeology (Scotland) to talk on ‘The Samphire Project: Marine Archaeology on Wrecks around the Coasts of Argyll”.

A few days before the meeting in Helensburgh and Lomond Civic Centre the chairman of the Trust, the Rev David Clark, was told that, while the topic was unchanged, the speaker would be Isger Vico Sommer.

However he was replaced by another colleague, Dr Andrew Bicker, who spoke instead on ‘Investigating Coastal, Marine and Maritime Heritage: Recent Archaeological Discoveries on the west coast’.

He explained that Wessex Archaeology (Scotland) is a charitable company with 30 years involvement in heritage work. The Edinburgh team have individual and combined experience in undertaking a wide variety of projects in the UK and abroad.

He was involved in a recent project at Hunterston in North Ayrshire, when they investigated above ground and below water, excavating very old timbers — felled in 1217-18 — and what appears to be a stone built Roman Harbour at Brigurd Point. 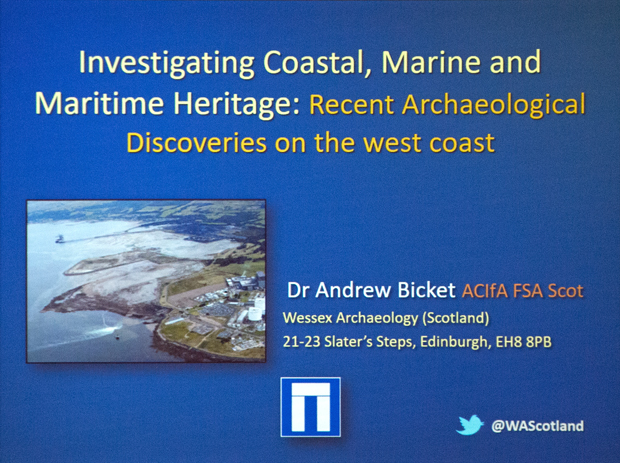 At the extreme tip of Brigurd Point, visible only at extreme low water, and never fully uncovered, are the foundations of a built harbour, 150ft wide and at least 180ft long.

“Vernacular harbours and landing places are well preserved. Whilst challenging to investigate, they offer new resources for study.”

Mr Clark proposed the vote of thanks.