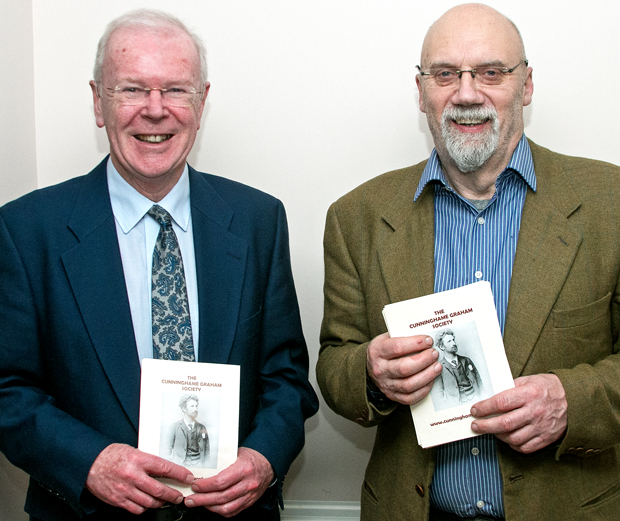 THE amazing story of ‘Don Roberto’, who lived his later years at Ardoch, Cardross, was told to members of Helensburgh Heritage Trust on January 27 2016.

He was a Scottish politician, writer, journalist and adventurer — and a man of contradictions and paradoxes.

The speaker on the topic ‘The Many Lives of Robert Bontine Cunningham Graham — the Uncrowned King of Scotland’ was Lachie Munro, who travelled from London to address a packed meeting at Helensburgh Tennis Club.

Lachie is a founder member and secretary of The Cunninghame Graham Society, and has just finished editing a book entitled: ‘The Selected Political Writings and Speeches of Robert Bontine Cunninghame Graham,’ with Alan MacGillivray.

He is currently doing a PhD entitled ‘The Scottish Heritage of Robert Bontine Cunninghame Graham’ at The University of Glasgow. Last year he was awarded 'The Tannahill Fund For the Furtherance of Scottish Literature'.

Born and brought up in Stirlingshire, he lives in London with his two teenage children, Isla and Rory, and his wife Lesley, who is a managing editor of Hansard in The House of Lords.

Lachie said: “Robert Cunninghame Graham was a fascinating character, but is often a forgotten man. He is a heroic symbol — a man of brilliance.”

Born on May 24 1852 he was educated in England and then moved to Belgium before moving on to Argentina at the age of 17 where he lived and worked as a gaucho.

There he earned the title ‘Don Roberto’ because of his grand and flamboyant attitudes. He also owned a ranch in Texas and was a friend of the legendary Buffalo Bill.

After the death of his father in 1883 he came home and took control of the family estate at Gartmore in Stirlingshire.

In 1886 he was elected to Westminster as a Liberal Party candidate, but then he became the first MP to declare himself a Socialist.

Along with Keir Hardie he co-founded and was the first president of the Scottish Labour Party from 1888-93, and a founder of the National Party of Scotland in 1928 and its first president in 1934. 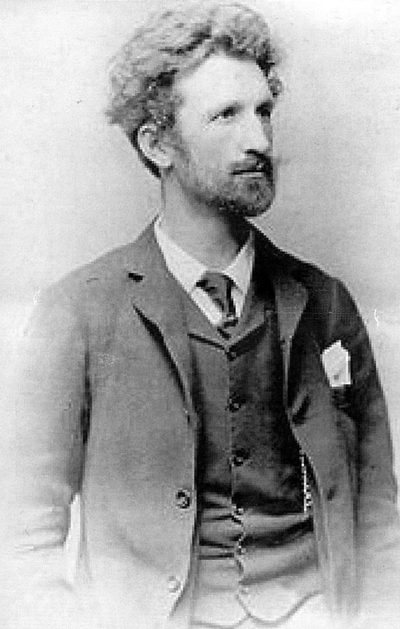 He found time to write a large number of books and articles for journals, covering history, politics, poetry, biography, and travel. He published 17 collections of short stories and literary sketches.

He was a member of Glasgow Art Club and a close friend of author Neil Munro who lived in Helensburgh, writer Joseph Conrad, and many other literary figures.

He died on March 20 1936 at the age of 84 on a last visit to Buenos Aires, and is buried on Inchmahome island on the Lake of Menteith.

The Cunninghame Graham Society was set up in October 2013 to tell the world about his political and literary achievements, and details of how to join can be obtained from Lachie on This email address is being protected from spambots. You need JavaScript enabled to view it..

The society is opening a Cunninghame Graham archive in Stirling on Wednesday February 24.

Further information about 'Don Roberto' can be found here. Lachie is pictured (top right) with Heritage Trust treasurer Stewart Noble, who both introduced him and proposed the vote of thanks.