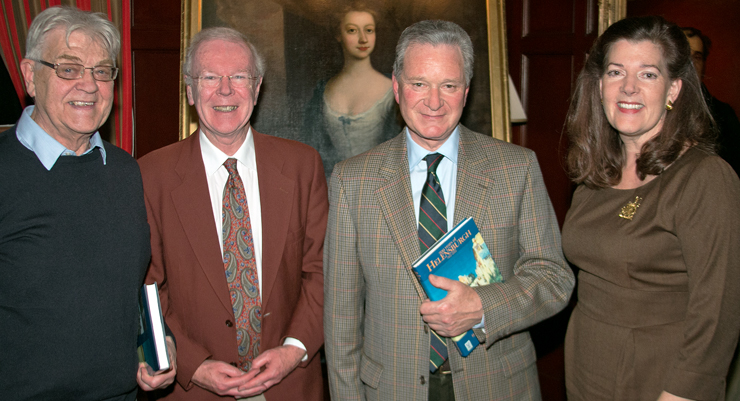 They were invited to Rossdhu — the Colquhoun family home now on a long lease to the Golf Club — by Sir Malcolm Colquhoun of Luss, the 9th Baronet, the 31st Chief of Clan Colquhoun and 33rd of Luss, the latest in a line of Chiefs that stretches back to the 13th century.

Sir Malcolm told a large attendance that there were five men in succession who bore the name Sir James Colquhoun of Luss. It was the first of the five, who was originally James Grant but changed his name to Colquhoun, who built the current Rossdhu, using stone from the old castle of Rossdhu.

“Sir James, the 23rd Chief of Clan Colquhoun, was a fine upstanding gentleman and, after the Act of Union, became the 1st Baronet of Great Britain,” he said.

The Clan Historian, James Pearson, gave more details about the first of the five Sir James, who married Lady Helen Sutherland (below left) in April 1740. He was well known for his benevolence, but was also a very good businessman.

He said: “He built a new Luss church over two years from 1771-3, and built the central part of Rossdhu, at that time with no wings or portico, which the family moved into in 1781. The wings were added about 1817. 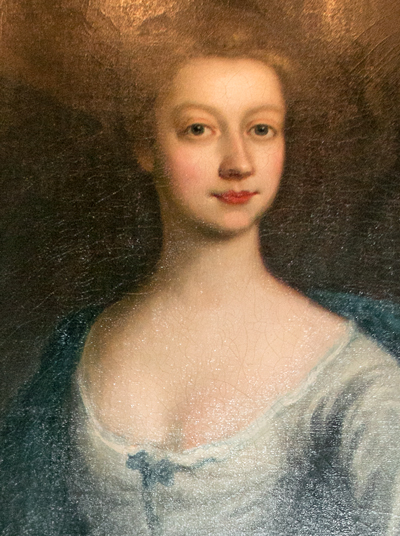 “He thought that Milligs, now Helensburgh, would make a nice little settlement and bought the land, advertising plots for sale in 1776.  He died ten years later.

“The new town did not take off quickly — when Lady Helen, after whom it was named, died in 1791, only 17 families were resident.”

Helensburgh became a Burgh of Barony in 1802, and has steadily grown since then.

Much of the clan and other local history is told at a museum in Luss. The first one was open from 2000 for three years, and the current museum, in a damp 17th century cottage on the shore of Loch Lomond, opened last year.

“We hope to have a new building near the church, when we are able to raise the money,” he said, "and it will have a local history room.”

Heritage Trust chairman Stewart Noble introduced the speakers and proposed the vote of thanks. He presented Sir Malcolm and Mr Pearson with copies of the Trust's book '200 Years of Helensburgh'.

The picture shows James Pearson, Stewart Noble, Sir Malcolm Colquhoun and his wife Lady Katharine. In the background is a portrait of Lady Helen Colquhoun.