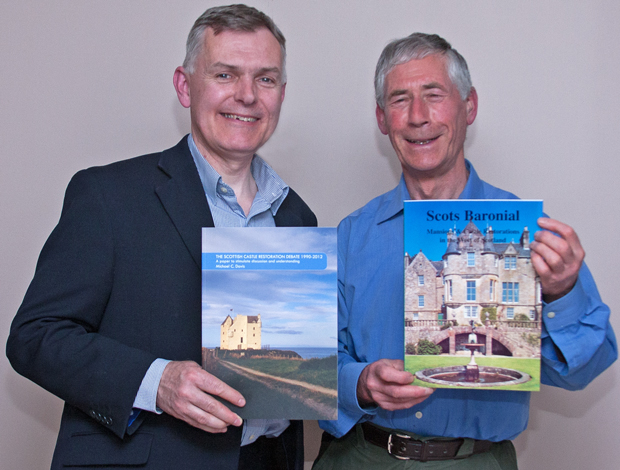 MEMBERS of Helensburgh Heritage Trust enjoyed a fascinating talk on the mansions of Cowal at the final open meeting of the 2014-15 winter season in Helensburgh Tennis Club on Wednesday evening (March 25).

The speaker was one of the Trust’s two honorary members, Mike Davis, who travelled from his home in Ayrshire.

A former Argyll and Bute Council reference librarian based in Helensburgh, architectural author and historian, he grew up looking at the hills of Cowal.

“It is an area of which I am very fond,” he said, “despite the millions of midges! It is to me a highly atmospheric place, and since I was a boy I have always loved landing on the Cowal shore.”

He took his audience on a tour of elegant country houses, most of them designed in the 1830s by Glasgow architect David Hamilton for rich city businessmen, and spoke of some of the characters who lived in them.

He was introduced by Trust director and local historian Alistair McIntyre (right), who also proposed the vote of thanks.