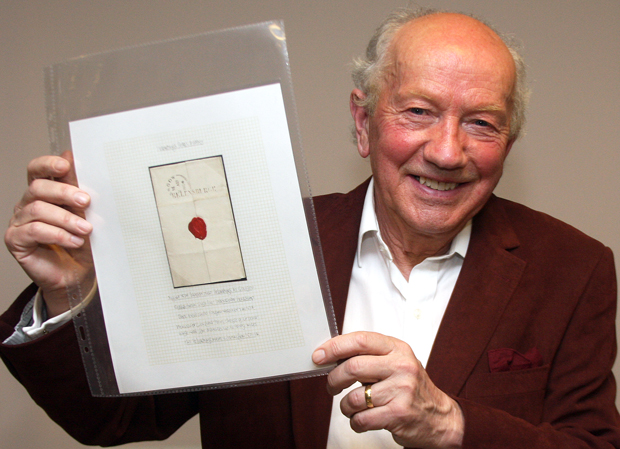 Retired haematologist Ian Evans, who has lived in the town since 2000 and normally plays tennis at Helensburgh Tennis Club where the meeting was held, was the principal speaker, and he displayed many old letters and postcards.

Ian has amassed a collection of letters and other postal material, with his earliest dating back to the 17th century, and finds the content of many old letters to be fascinating.

The first stamps dated from 1840, and postcards first appeared in the 1880s.

Mr Kerr said that the first Helensburgh Post Office was in Clyde Street. It then moved to Sinclair Street, and finally to its present West Princes Street building.

Postmasters included James Breingan, later a Provost of the burgh, and the arrival of steamers often dictated collection and delivery times.

Trust chairman Stewart Noble introduced the speakers and proposed the vote of thanks.

The picture shows Ian with an 1834 Helensburgh letter. Photo by Donald Fullarton.