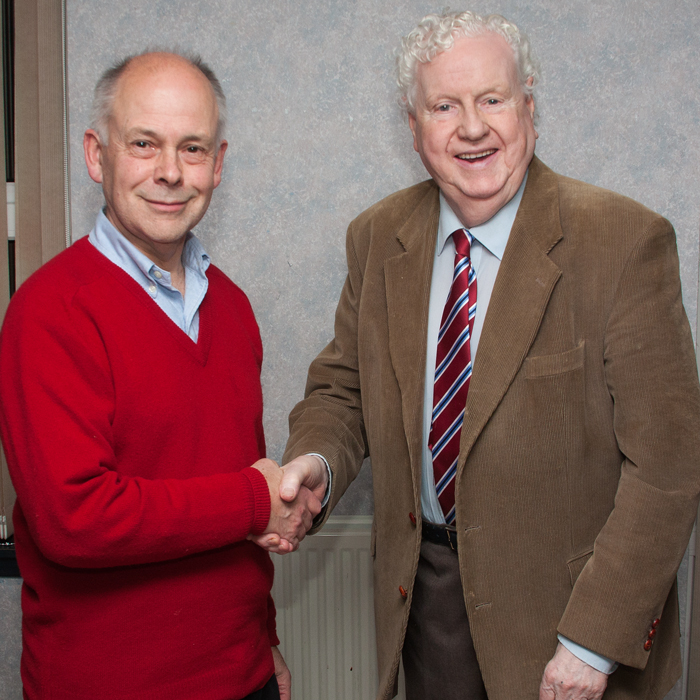 A CHANCE meeting in the graveyard of Rhu Church led to a villager researching the Training Ships Cumberland and Empress.

John Birch, who lives in Cumberland Terrace, met ex-Provost Billy Petrie in the graveyard, where some of the staff and pupils of the ships are buried — and their chat inspired him to find out more.

The ex-Provost, an honorary member of Helensburgh Heritage Trust, was in the audience at Helensburgh Tennis Club on Wednesday evening to hear Mr Birch reveal his findings in the Trust’s first open winter talk of 2014.

The ships were moored in the Gareloch off Kidston Point from 1869 for 54 years.

The first was HMS Cumberland, after which Cumberland Avenue in Helensburgh and the much older Cumberland Terrace in Rhu were named.

Built in 1871, Cumberland Terrace is a two storey building like a row of cottages.

It was owned at one time by the Clyde Industrial Training Ship Association and used for officer accommodation and to provide a small hospital, and is now all privately owned.

Mr Birch and his wife live in one of the properties which was formerly the home of ship’s tailor John Laird.

In March 1854 she sailed to the Baltic Sea as war with Russia was imminent — the Crimean War. Cumberland was involved in the attack on Bomarsund, Finland, in August of that year.

In 1869 she was taken over for use as a training vessel by the newly formed Clyde Industrial Training Ship Association.

The Association had the object of providing for the education and training of boys who, through poverty, parental neglect, or any other cause, were destitute, homeless, or in danger from association with vice or crime.

In 1889, the Cumberland was destroyed by a fire, allegedly arson by five of the boys, sold for scrap, and replaced by the Empress, a wooden battleship originally known as HMS Revenge.

Mr Birch said that the wreck was sold at Robert McTear’s Auctioneers in Glasgow for £1,770, because of the value of the scrap metal.

Under the name of Empress she served as the Gareloch training vessel until being sold off in 1923 with, at the peak, 400 boys aboard.

Mr Birch was introduced by Trust chairman Stewart Noble, who also proposed the vote of thanks.