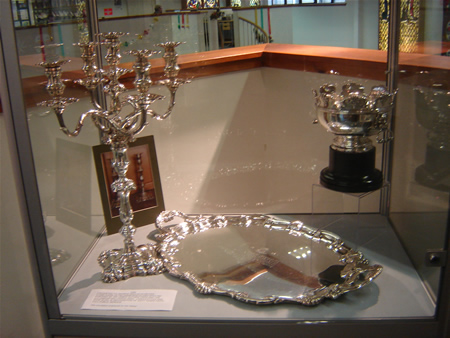 Fellow Trust director Kenneth Crawford co-ordinated the exhibition with the help of research by another Trust director, Alistair McIntyre. 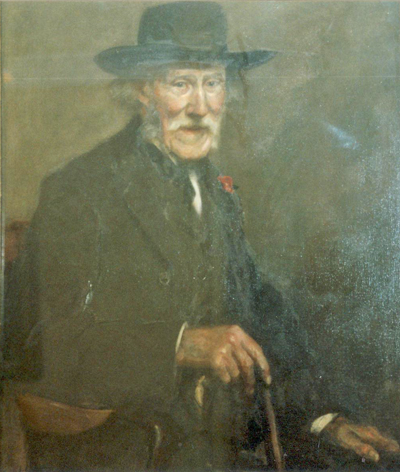 Kenneth spoke about the now ten year-old Trust and said that, while the initial aim of a permanent heritage centre had not been achieved, the Trust had acquired a lot of information about local history, mounted several exhibitions, and published two books.

“We were delighted when we were offered the Maclachlan silverware, and we realised that it would be 100 years on Friday December 8 when the town made the presentation to George Maclachlan in recognition of his 60 years of public service,” he said.

He added that Mr Maclachlan (left) was the oldest and longest serving Town Clerk in Scotland, with other members of the family carrying on in the job until 1956.

Councillor Billy Petrie, the convener of Argyll and Bute Council but wearing the old Helensburgh Provost's chain of office for the occasion, congratulated the Trust board members on their activity in the interests of the town.

He also noted that many of the family names recorded in the illuminated address presented to George Maclachlan as contributors still existed in the town — and several were represented at the opening.

The exhibition in the Library was on show for two months.