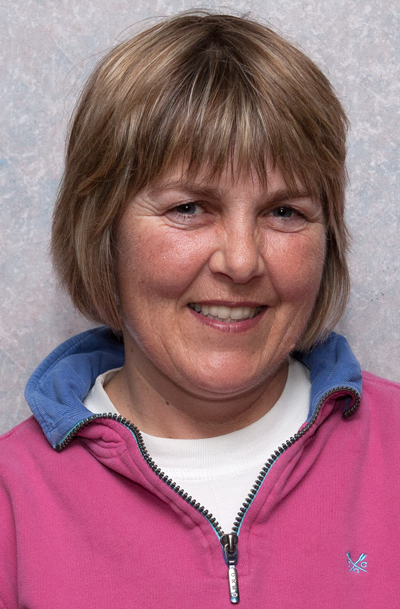 A SEARCH took place in October to find a heritage treasure trove on the site of the car park for the Waitrose store which is to be built opposite Hermitage Academy at Colgrain — and helpers are wanted to clean what was found.

It was now or never if old bottles and stone jars from town businesses of the past were to be recovered from what used to a refuse dump.

Leading the project is burgh archaeologist Fiona Baker, and she was given a window of opportunity by the site owners and supermarket developers the Drum Property Group.

They also provided practical assistance in the form of a small excavator and operator, and the dig took place in the week beginning Monday October 22.

“Only professional trained archaeologists were allowed on site by the developer,” Fiona said.

Although Helensburgh Heritage Trust is currently displaying some old bottles from local lemonade manufacturers in the Heritage Centre at Helensburgh Library in West King Street, there is no formal collection of bottles and pottery bearing the names of local retailers in the town.

Fiona said: “In Victorian times glass was normally buried rather than recycled and the site is well known to bottle collectors.

“I have developed an educational community archaeology project with the Drum Property Group with the aim of providing a permanent collection and record of Helensburgh’s past.

“The project seeks to involve the local secondary schools, Heritage and Civic societies, and any other interested parties.

“I hope that the artefacts will provide an insight into the social history of Helensburgh in the 19th century and what ailments people suffered from, as well as the favourite food and drinks.

﻿﻿"We did not get as many Helensburgh bottles as I had hoped for, but it was still a very successful exercise in obtaining a good selection and sample of material for the social history project.

"I am still digesting the material and will soon start refining the project design and putting together a grant application. In all we found 1,000–1,500 bottles."

Some of the names are well known, such as Fairy Springs and Comrie.

“Around 1883 J.R.Reid set up as a chemist and aerated water manufacturer with a shop and factory at different addresses on Clyde Street, and several years later he moved manufacture to the Lily Springs in James Street.

“This was later owned by the well known Garvie lemonade firm, closing in 1957 because of alleged contamination of the water and moving to Milngavie until they closed that factory around 1985.

“During the same period Comrie & Co. opened the Fairy Springs. All three bored up to 500 feet through an outcrop of solid rock between George Street and John Street to reach the springs.”

Many local retailers, particularly Christie the grocer, also used named stoneware jars and bottles for items such as butter and tea, as well as medicines.

Helpers are wanted to wash and catalogue what is found.

Fiona said: “Elizabeth and David Howie of Drumfork Farm Livery Stables have generously provided storage space and washing facilities for the task of sorting, washing and cataloguing the material.

“The bottles and jars are a fascinating record of Helensburgh’s past, and I think it is important that the town has a permanent collection, as once the site is developed all of this information will be lost.”

Broken items are of use, as it is hoped to use pieces with retailers names in a mosaic to be displayed somewhere in the town centre.

Anyone who would like to be involved in the project should contact Fiona on 01436-820334 or This email address is being protected from spambots. You need JavaScript enabled to view it. here.