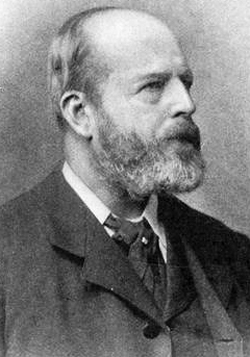 MANY leading architects have worked in Helensburgh and district over the years, but probably the byword for absolute excellence is to be told: “It’s a Leiper house.”

A number of other houses can claim to be part-Leiper, as he designed extensions, attics, laundries, stores, stables and gate houses for them.

His father, also William Leiper, ran a private school in Renfield Street and was descended from 17th century Aberdeenshire master masons of that name, and his mother was Isabella, nee Myles.

Educated by his father and at Glasgow High School, he served his apprenticeship with Boucher & Cousland in Glasgow, then went to London for further training.

There he came into the circle of Edward William Godwin and William Burges, who was later to propose him as a Fellow of the Royal Institute of British Architects.

After a spell in Dublin he returned to Glasgow, and in 1864 formed a partnership with Robert Grieve Melvin which lasted for three years before ending in a dispute which led to Melvin giving up architecture for hotel keeping.

Leiper’s reputation was immediately established in 1864 when he won the competition for Dowanhill Church in Glasgow in 1864, and the design of the church and its hall was much admired.

The following year he designed two iconic Dumbarton buildings, the Academy — now Braehead Primary — and the Burgh Hall, of which only the façade now remains. 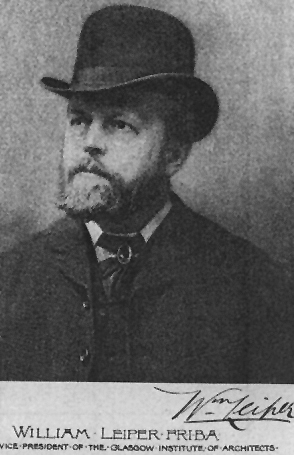 In some of his more restrained early houses he adopted the low-pitched roofs and compositional methods of Alexander ‘Greek’ Thomson, a friend in his early years, a good example of which is Rhu-Arden in Upper Sutherland Crescent.

It is next door to Terpersie, Leiper’s own home, which he built for himself in 1871 and named Thurloe, and which makes good use of sculpture which he liked to use in many of his designs.

By 1869 he had developed his own rather French version of Scottish baronial architecture with sculptured towers and turrets, often working with stained glass expert Daniel Cottier.

The sadly boarded-up Cairndhu on the seafront — at one time the home of the first Baron Strathclyde, Alexander Ure, and later an hotel and nursing home — was designed in 1871 for Glasgow Lord Provost John Ure and had lavish Anglo-Japanese interiors of which a gold ceiling survives. Cottier again supplied stained glass for the mansion.

He worked on various churches in Helensburgh, Glasgow and Kilmacolm, and he designed the interior of the Czar of Russia’s yacht Livadia in 1880. The following year he was admitted as an FRIBA.

His commercial commissions were few but stunning.

In 1889, as an architectural advertisement for their carpets, he built the red stone, brick and tile Templeton Factory on Glasgow Green, and in 1893-94 the huge Sun Insurance Building on Glasgow’s West George Street — which won him a Silver Medal at the Paris Exhibition of 1900. 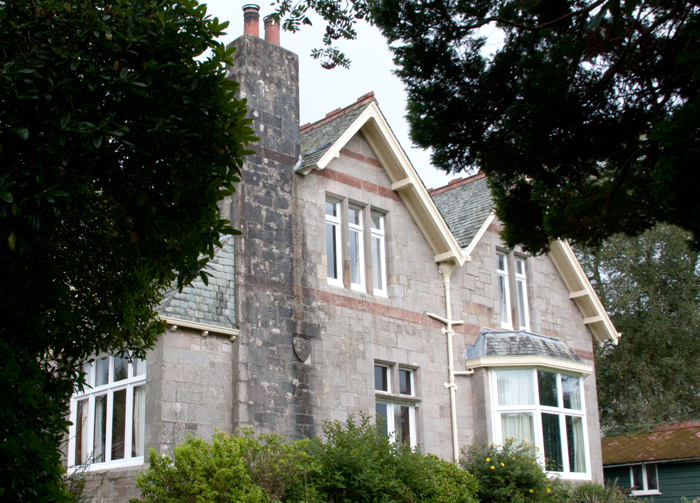 He was responsible for a number of monuments in cemeteries, and he created a noted Celtic cross for the grave of Jane Kerr in Helensburgh Cemetery in 1891.

From his earliest days Leiper was a skilful watercolourist and experimented with photography.

None of his paintings is in a public collection, but his many artist friends, which included William McTaggart, brought him the commission to supervise the ambitious scheme of murals by the Glasgow Boys in the Banqueting Hall of Glasgow’s City Chambers.

He specialised in landscapes which sold very well, and he was elected as an associate of the Royal Scottish Academy in 1891 and full member in 1896. From 1870 onwards he exhibited works in watercolour and oil. 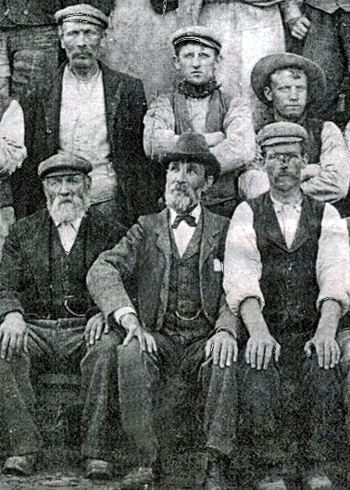 Leiper, who never married, served as a Justice of the Peace, was an officebearer of St Columba Church and superintendent of its Sunday School, and was a member of several local organisations connected with the arts. He was also a keen rose grower.

After a long illness which resulted from serious blood poisoning in 1903, he had to retire completely in 1909, by which time he had been recognised as one of Scotland’s leading architects of the period.

The funeral took place at Terpersie to Sighthill Cemetery in Glasgow, and the services at house and grave were conducted by his minister, the Rev John Riddell Hutton BD,

The obituary in the Helensburgh and Gareloch Times began: “In the sudden passing of Mr William Leiper, Helensburgh has lost one of its most cultured and artistic residents and a gentleman greatly esteemed and beloved by all classes of the community.”

It also stated: "Of a genial, winsome personality and unobtrusive disposition, it was not surprising that he should make and keep so many friends, who will always lovingly cherish his memory."

The image (right) of Leiper in the line-up for the topping-out ceremony at Glendaruel House in Cowal in 1901 is published by courtesy of Heritage Trust honorary member Michael C.Davis, who photographed the original image in the 1990s at Glendaruel Caravan Park, by courtesy of Ann Craig.