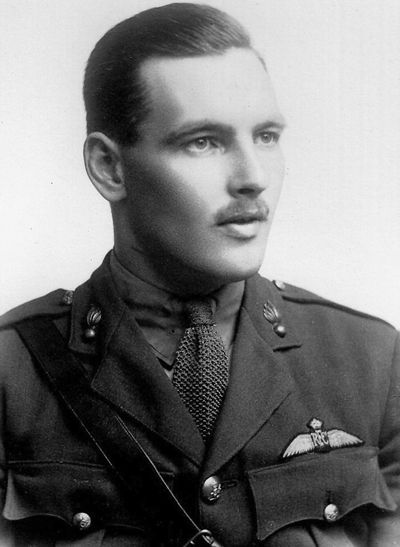 A PHOTO of a military man found in a shop in Inverness sparked a search which led to Helensburgh, and to a tragic First World War tale.

John Stepney, from Worthing in West Sussex, was on holiday in the highland capital when he found the picture, and wanted to find out who it was.

The clues were that on the back of the picture was written Uncle George, and it was taken by W.D.Brown of West Bay Studio, a prolific local photographer of that period.

The uniform is that of the Royal Flying Corps before it became the Royal Air Force in 1918, and the collar badges suggested the Royal Artillery. Many Army officers were seconded to the RFC.

A search of the excellent Commonwealth War Graves website led John closer to an identification.

It recorded that Lieutenant George Bruce Walker of D Company, 17th Highland Light Infantry and the RAF, died on March 1 1919 and that he was buried at Cathcart Cemetery.

He was the son of chartered accountant George John Walker and his wife Mary, nee Porteous, of Elmtree Villa, 19 Suffolk Street, Helensburgh, who originally lived in Cathcart.

John said: “There is a very strong possibility that this is the man. The photo must have been taken between 1914-18.”

The young officer’s death certificate showed that he died at Garnet Bank, 37 Campbell Street, Helensburgh, from the effects of a fractured spine.

The certificate also indicated that he had been paraplegic for two years. It described him as an apprentice chartered accountant.

What happened to him was revealed in the Helensburgh and Gareloch Times a week after his death.

George met with a serious accident while flying near Edinburgh early in 1917, when his machine nose-dived to the ground, but that was not reported at the time.

He was then confined to bed for two years as a result of the very serious injuries to his spine he received in the accident, and which ultimately caused his death. His father was present when he passed away.

The funeral was held in Glasgow, presumably at Cathcart. His parents moved to Hillhead, where George Snr died on October 18 1929 at the age of 76 and his widow Helen died on Christmas Day 1935 at the age of 77.