WHISTLEFIELD Station was at one time the hub of what is an historic village, and it even had a royal visit.

Local historian Alistair McIntyre has a particular interest in the village, as in his childhood he lived nearby in Glen Douglas in a similar railway cottage to the one beside the station from 1951-6.

Alistair said: “When Whistlefield Station was opened in 1896, the stationmaster appointed was George Gall, and he remained in post until his retirement in 1929.

“This is a good example of a family being attracted to the area by the railway — to this day, the Gall family is still well-known in the area.

“With the retirement of George Gall, however, the status of Whistlefield was downgraded, and thereafter, until closure and demolition in 1964-65, the station, along with the station at Shandon, came under the control of the stationmaster at nearby Garelochhead.”

The royal visit took place in 1906, when King Edward VII came by train to the area on his way to Fort William, and he was received at Whistlefield by George Gall.

His son David, a joiner, was quoted in the Helensburgh Advertiser in May 1965 as recalling the visit when, as a seven-year-old, he witnessed the arrival of the Royal Train. There were flags and decorations everywhere, he said.

The station also served as a church, and regular Sunday services were held in it. Prior to 1925, when a new platform was built, the station was beautifully decorated.

The station was also well used by the Portincaple fishing fleet, and as many as 150 boxes of fish would be loaded on to trains each morning.

Steamer parties and excursion organisers brought many visitors, and a substantial building called Fiona — which became famous from the late 1930s as the Green Kettle Tearoom — was built in 1907 as a shop and tearoom to capture passing trade generated by the railway.

During and after the Second World War, German prisoners of war held at the Whistlefield Camp were marched to the station each morning, bound for Loch Sloy and work on the Hydro-Electric scheme. 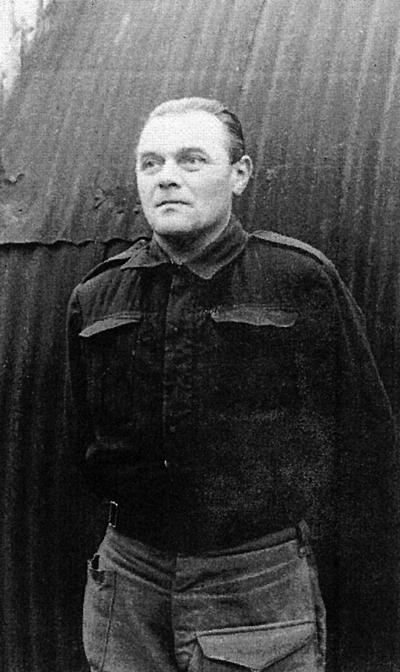 The Whistlefield signalman, Bruce Henderson, who lived for a time in the railway cottage beside the station and later moved to Garelochhead, used to be visited from time to time by former prisoners.

“All the stations on the West Highland Line were really cheerful places, well-kept, with a coal fire in the waiting room,” Alistair said.

In the top picture, taken in 1905, the man reclining in the foreground is the photographer’s assistant, who appears in quite a few pictures of the time.

The picture below was taken a year later and is a view of the Whistlefield Inn, the building with projecting gables at either end, and the large house on the right built for the innkeeper.

These buildings, which are essentially unaltered today, at least as seen from the road, were built in 1872. Prior to that, there was an inn on the site, but a much simpler building.

Hugh MacDonald, in his 1853 classic ‘Days at the Coast’, describes it as “a homely little hostelry, where beverages, varying from the pungent blood of the barley to the wholesome produce of the animals that browse on the neighbouring pastures, may be obtained by the thirsty traveller.”

At that time, the Inn had a partly slated and partly thatched roof, but that was in itself probably an improvement from an earlier version.

According to well-known local author W.C.Maughan, writing in his book ‘Annals of Garelochside’ in 1897, it was originally frequented by drovers, who were conducting cattle to Portincaple.

Whistlefield once lay on droving routes. An old road across the hills linked Lochgoilhead and Mark, opposite Finnart, from where there was a ferry to Portincaple.

The animals, mainly black cattle, which would for the most part be on their way from the Highlands to market at Dumbarton and perhaps Falkirk, would be swum, rather than ferried, across.

Another drove road came from the north, more or less along the line later followed by the railway, and there was an overnight stance at Whistlefield, where animals could rest and feed.

Quite a number of these stances had inns — Inverbeg on Loch Lomondside and Cairnbaan, near Lochgilphead, are other examples.

The inn buildings at Whistlefield became private housing in 1922, after the new owner failed in his application for a drinks licence. Towards the end of the century it housed an upmarket restaurant.

The corrugated iron building to the right of the picture was built around 1890 as a shop and tearoom, but in the late 1960s the then owner was granted permission for change of use from a tearoom to a private house.

Alistair added: “The main reason I got to know Whistlefield and Portincaple is because John McKichan, the sole remaining full-time fisherman on Loch Long, who lived at Portincaple, most generously offered my father the free use of a rowing-boat.

“So we would come down by train to Whistlefield from time to time, and enjoy some very successful fishing expeditions on the loch — great fun!”