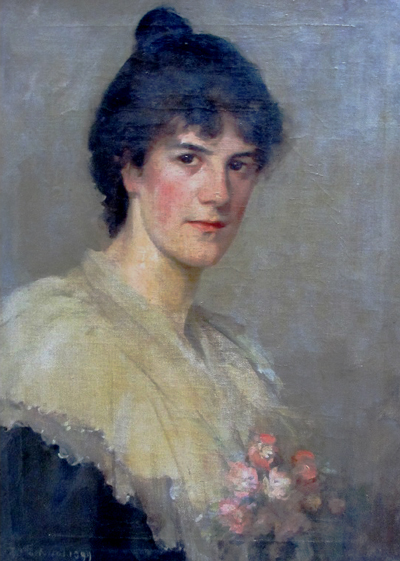 AN art collector who has just bought a second painting by ‘Glasgow Girl’ Bessie MacNicol would like to find out more about its Helensburgh history.

Last year Jim Smith bought Bessie’s 1904 work, ‘Lady with a Fan’, a portrait of a model known only as Deborah. Early in June he learnt that another painting by her, entitled ‘Margaret’, was going under the hammer at Great Western Auctions in Glasgow — and he made a successful bid.

He said: “I did not know the painting was going to come up — I was looking on the computer one night and there it was. I always look out for her paintings as my wife Agnes and I love her work. However they are very hard to come by.”

The portrait he bought was painted in 1899, and it features in the beautifully illustrated 1998 book by Helensburgh artist and fine art historian Ailsa Tanner, who died in 2001, entitled ‘Bessie MacNicol, New Woman’.

Two years later Bessie painted a portrait of Alexander, a doctor of medicine who had become a full time artist, and the following year they married and set up home in Hillhead. After their marriage he gave up his career as a full-time painter and resumed medical practice in Glasgow.

Jim believes that until he bought it, the portrait had never left the Frew family, and he would like to have this confirmed and to find out where it has been over the years.

He said: “I am not looking to pester any of the families involved. I just love to know all about these things — I love all the history connected with works of art.”

Bessie MacNicol was perhaps the most important woman painter in Glasgow at the start of the 20th century, but died tragically in childbirth at the age of 34.

She was born in Glasgow in 1869, the daughter of a schoolmaster, and attended Glasgow School of Art from 1887 until 1892. Next she studied art in Paris at the Academie Colarossi, and in 1893 she exhibited at the Royal Academy. 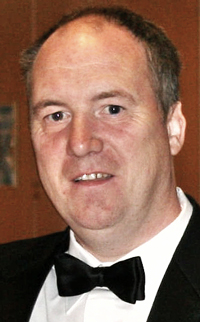 When she came back to Glasgow, Bessie moved back into the family home and by 1896 had acquired a studio in St Vincent Street. However she was a regular visitor to her friends in Helensburgh.

That year she also spent time in Kirkcudbright, the small town popular with Glasgow artists including E.A.Hornel, whose portrait she painted around this time.

After she and her husband moved to Hillhead she worked in a large studio at the back of the house. She exhibited in London, several European cities, and at Pittsburg and St Louis in the USA.

The portrait of Margaret was first exhibited at the third exhibition of the Glasgow Society of Artists in Glasgow in 1904, a few week’s before the artist’s death a month short of her 35th birthday.

Margaret’s husband was the first president of Helensburgh Swimming Club, a post he held for over 50 years. He also served on the Town Council, and as parks convener devoted much of his time to the laying out of Hermitage Park. He was also a pioneer in having flowering trees planted along grass verges in upper Helensburgh.