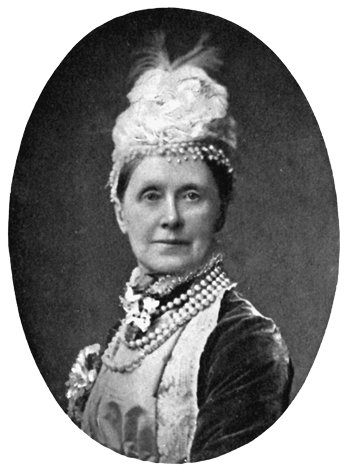 AS a remarkable tribute to his deceased wife, a Rhu man privately published in 1902 at considerable expense a book of verses she had written.

The book, entitled “Verses By Mary Gilmour’ was printed by Helensburgh printer J.Lindsay Laidlaw — a business purchased by the late Craig Jeffrey before he launched the Helensburgh Advertiser in 1957.

It is a very attractively bound volume of 136 pages, and was put up for sale on ebay by a seller in Bolivia.

John Gilmour, who lived at Mount Vernon overlooking the Gareloch, sent copies of the book to friends “in affectionate remembrance of my dear wife, who has gone to her rest”.

A preface written by a friend records that Mary Gilmour was born in Beith, Ayrshire, on August 12 1823.

Her father, Hugh Brown of Broadstone, was well known and highly respected, and she was brought up in a traditional way with Bible instruction, her mother setting an example and conducting much of her teaching affectionately but firmly.

The unknown preface writer stated: “They taught her a truth, which she unweariedly proclaimed, that careful religious instruction is the corner stone of all true education, and that a stern training in truth and duty for the godly upbringing of the young is one of the great needs of our time.”

Mary married John Gilmour in 1850, and they went to the United States, spending eight years in Richmond, Virginia. She was popular in this lively and hospitable city, and made many lifelong friends.

When the couple moved back to Scotland, they bought Mount Vernon in Rhu (below left), a large mansion which has had two other names, Rowalleyn and Invergare, and spent 40 years there.

Notoriously it was the scene of the romance of Madeleine Smith, which ended in her facing and beating a charge of murdering her lover, Pierre L’Angelier.

The preface writer stated: “Her two main interests in life were doing deeds of kindness to the needy, and quiet meditation.

“Many people in Helensburgh and its neighbourhood were the beneficiaries of her systematic yet unobtrusive kindness. In her discriminating giving, as in all relations of life, she showed a strong character and complete self-reliance.

“She loved the simple things of life, not its wealth and pomp and show, but talks with friends, and music, and the laughter of little children.”

She was fond of music and sang old Scottish songs, had a command of dialect and a keen sense of humour, and above all loved the beauty of nature — particularly sunsets.

In her later years the regular holidays in North Berwick stopped and she did not enjoy good health. She was seldom out, but never lonely and she filled her solitude with memories.

In the last twelve years of her life she turned to writing verses, usually in the early morning, which she sometimes sent to friends in the form of New Year cards.

She died peacefully on March 5 1901, and her husband decided to publish the book in tribute.

The preface writer added: “Many of the verses show that behind a retiring life there was a nature full of tenderness, with sympathies at once delicate and prompt.

“Those who had access to the deeper parts of her experience know how truly those verses express the strong religious faith, under the influence of which Mary Gilmour lived her quiet and beneficient life.”

Her husband John donated the Gilmour Fountain to his home town of Beith in 1876. It was originally at the foot of the Strand but was moved in the 1960s to a new site in front of the Clydesdale Bank branch.

It was extensively damaged over the years, but all the broken pieces were gathered by John Smith of Smith Builders, Beith, who kept them in his yard. In 2013 the fountain (right) was rebuilt like a large jigsaw with the help of local monumental sculptor Jamie Quinn and relocated to a new site at The Cross, close to the Auld Kirk.

Funding for the project was raised by Beith Cultural and Heritage Society from Entrust, North Ayrshire Council, and the Beith Christian Action Group, and a ceremony was held on Saturday October 26 2013 to mark its completion.

Most of Mary’s verses have a religious theme, but she once wrote about her daily paper in the days when the front page was all advertisements:

The days are dull and callers few,
Tis hard to hear ought that is new,
But there’s that faithful frien’, and true,
The daily morning paper.
I licht at dawn, for still ‘tis dark,
But he’s afore me, yon young spark;
And here’s the fruit o’ a’ his wark,
The chatty morning paper.
There’s walth o’ knowledge in the thing,
Some mak’s me greet, some mak’s me sing;
Sae there’s the coin, my paper bring,
The reg’lar daily paper.
The first page starts wi’ a’ that’s bright,
Children just born unto the light,
Sometimes at morn, and whiles at night,
Like our good daily paper.
We’ll pass the marriages as things
Which a’ folk ken, for love has wings,
And flees about, or else he clings
To his ain daily paper.
But doon uneath there’s mournfu’ news,
Yane here, yane there, cled in his hues;
Death tak’s a king, he’ll nane refuse,
But ne’er our daily paper.
We turn the leaf, and there sae lang,
The piece about the ‘Grand Old Man’;
He’s pintin’ furrit wi’ his hand
To increased sale of papers.
Then accidents and tales o’ woe,
And grand faux pas of so and so,
Bring up the rear, still statu quo,
Stands up our daily paper.
Lang may it flourish, news to spread,
‘Twere a black nicht, and we were dead,
Except we heard a’ that was said
About us in the papers.
For here and there there’s drappit doon,
News that has started in the toon,
A’ gleaned and garnered by yon loon
What edits daily paper.