IT is fascinating researching Helensburgh and district history — and really rewarding when mysteries are solved or searches are successful.

So to start 2012, here are a few areas of research the Trust website is involved in, and images we are seeking. The first concerns the image of a man and his dog (below), in fact Flying Officer Roy Henderson, of Dungoyne, Helensburgh, who destroyed a Messerschmitt 410 fighter bomber in a forward battle area in 1944.

But that is all that is known about him — can anyone supply some more information?

Another RAF query arrived in December from Robert Martin in Brisbane, Australia. He is looking for a photograph of a burgh man, Squadron Leader Henry Wright, who died in a flying accident there on April 19 1944.

The Spitfire pilot was the son of Helensburgh couple William Henry Wright, MRCS, FRCP, and his wife Sadie Ann, but otherwise very little is known about him and more details about his life are wanted. There are tributes to him in the Brisbane area, and Robert Martin wants a photo of him for a museum display.

There are gaps in the history of the former Queen’s Hotel which was initially owned by Comet steamship pioneer Henry Bell, the burgh’s first Provost.

Who owned the hotel is known up to 1912, but then there is a gap until the 1940s when its final owners, a Greenock company (who were they) took over until it closed about 1984 and was converted into flats.

It emerged in December that film star Deborah Kerr, who was previously thought never to have returned to the town where she spent her infant years, did in fact come back twice in later life.

Andrew Rook, a former burgh man now living in Bedfordshire, contacted the Trust to say that his mother worked as a housekeeper for a Mrs Jane Kirkwood Brown, who lived in a Charlotte Street mansion, and twice the film star came to stay with her in 1952 and 1953.

Does anyone recall Mrs Kirkwood Brown and where she lived, or can remember seeing Deborah on one of her visits? 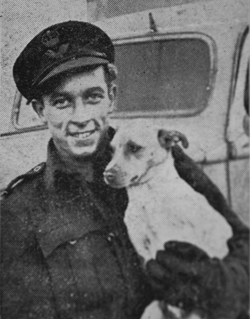 Two other photos are wanted.

A poor 1918 image is available of women’s rights activist Eunice Guthrie Murray MBE, of Moore Park, Cardross, who that year became the first woman to stand in a parliamentary election in Scotland.

But the search is on for later photos of the former Dunbartonshire County Councillor and Scottish Women’s Rural Institute pioneer who died in 1960 at the age of 82.

Finally, Peter Hellicar, a Fifer now living in Cumbria, got in touch asking if anyone could identify the location of an unusual painting he owns by renowned ‘Glasgow Girl’ artist Bessie MacNicol, who had many links with Helensburgh and died tragically in childbirth at the age of 34.

The painting — part of which is reproduced at the top of this page — does not look like a Helensburgh scene, but the signature on the painting looks genuine. Peter is trying to establish its provenance, and would welcome some help.

If you can help with information or images, please This email address is being protected from spambots. You need JavaScript enabled to view it..