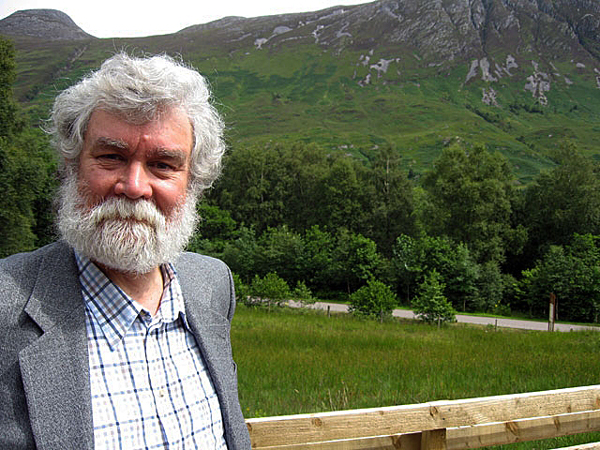 LUSS has, for many years, been known as Scotland’s prettiest village ... but now it is Scotland’s first green city!

The Loch Lomondside village represented Scotland at the Green Pilgrim City Launch and Celebration at Assisi, Italy, at the start of November 2011.

Organised by the Alliance of Religions and Conservation — which was set up in 1986 under the auspices of HRH Prince Philip, the Duke of Edinburgh in his capacity as president of the World Wildlife Fund — the conference was attended by delegates from all over the western world and was opened by the Prince.

The invitation to attend went to the Rev Dane Sherrard of St MacKessog's Church in Luss (pictured) and came about because of the high profile celebrations of 1,500 years of Christianity in Luss in 2010, and its growing reputation as a place of pilgrimage.

Mr Sherrard said: “I wrote back saying that certainly Luss was a pilgrimage place and that it does have green credentials as part of the national park, but that it could not in any way be described as a city!”

However, the reply came back that the word city was being used very loosely and that Luss did indeed qualify to be one of the founder members of this new international network.

There was also a comment that if St Kessog really was a bishop based in Luss, then Luss Church would be his cathedral and that, on one definition at least, would make Luss into a city.

The team going from Scotland had to have representatives from the secular world as well as from the religious community, and originally Provost Billy Petrie was to represent Argyll and Bute Council. However, the Provost was unable to attend, and he nominated former tourism boss James Fraser to represent the council.

The party also included former Whithorn Church minister the Rev Andrew Patterson, a major mover in the founding of the Whithorn Pilgrims Way and an acknowledged expert on the Celtic Church, and the Rev Richard Frazer of Greyfriars Church in Edinburgh, the Church of Scotland’s expert on conservation issues.

The trip had the support of the Scottish Government and was seen to be an affirmation of the vision that one day “a green pilgrimage trail will extend from Tain in to north to Whithorn in the south, from Iona in the west to St Andrews in the east and these pathways will intersect at Luss, the pilgrimage home of Saint Kessog”.

In preparation for the trip, a special booklet was prepared which detailed the history of Luss, its credentials as a pilgrimage centre, and its connection with the national park, as well as a short film showing the area in its glory.

At the official launch of the Green Pilgrimage Network, there were presentations from the cities of Haifa, Etchmiadzin, Assisi, St Albans in England, Trondheim, Kano, Amritsar, Louguan and Jerusalem, as well as from the Coptic Orthodox Church and the Association of Shinto Shrines — as well as Luss.

There were other opportunities for showcasing Luss during the proceedings, and Mr Sherrard was asked to give the closing blessing.

A similar conference is being held this year in China and next year, as the network develops, the conference will combine east and west and will be held in Trondheim, Norway.

Luss has been a centre for pilgrimage since the days of St Kessog. So many pilgrims were making their way to Luss that, in 1429, Glasgow Cathedral made the small church a prebend, giving it financial support from the cathedral.

Mr Sherrard said: “Luss has always been a place where people came to visit, only nowadays our visitors are tourists rather than pilgrims.

“It would be wonderful if people came here as tourists and left as pilgrims.”