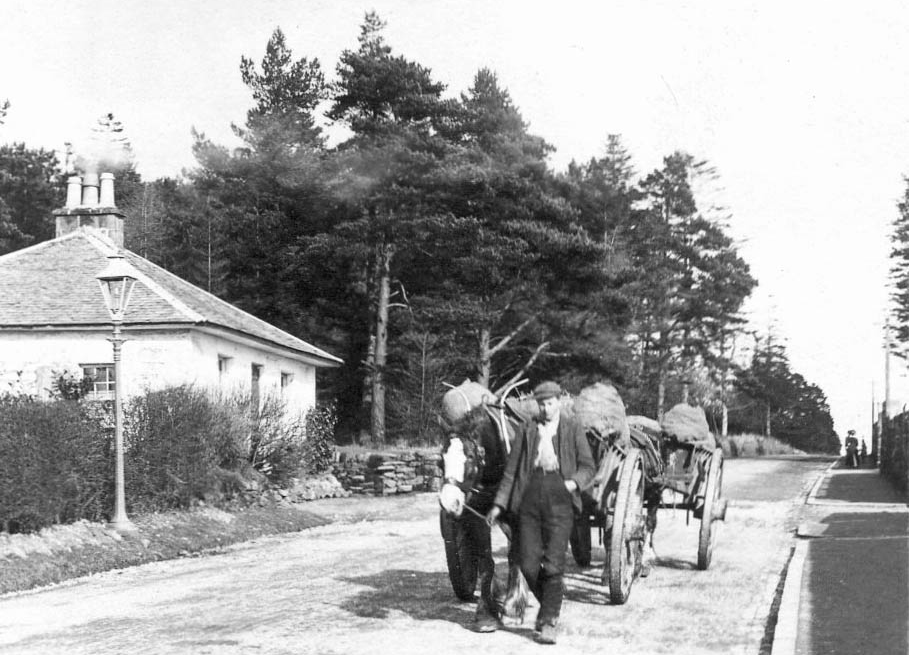 LIKE many other places, Helensburgh and district went through an era when it was surrounded by toll houses, and there was a price to pay for travel.

It was because of complaints about the state of the road between Helensburgh and that a check bar was established at Ardencaple in 1838, and further complaints after storm damage in 1852 led to it being upgraded to a toll bar in a bid to generate income for repairs.

This information came from local historian and Helensburgh Heritage Trust director Alistair McIntyre after the Trust website received an inquiry from Stuart Johnston, of Alva, Clackmannanshire, about his great grandmother, who was born there.

Stuart wrote: “I am trying to find where she was born. According to the birth extract she was born in March 1858 at Ardencaple toll bar. I have tried to find out where this toll bar was but have been unsuccessful so far.

“The nearest I have found is Ardencaple Turnpike between Helensburgh and Rhu on an 1847 Ordnance Survey map. I should be grateful for any information you can give me and also if there are any pictures available of the toll bar.”

Alistair, who had done some research on toll bars and toll houses, was able to confirm that the Ardencaple one was on the Dumbarton to Arrochar turnpike road just at where Rhu Road Higher joins the seafront.

The difference between a check bar and a toll bar was that toll bars were rented out and had a toll keeper. Two years after becoming a toll bar, Ardencaple was being described as a principal toll bar, and it operated until the national abolition of tolls in 1883. 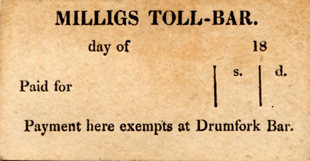 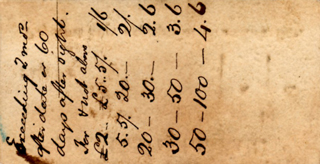 A Milligs Toll-Bar ticket, front and back, images supplied by Michael Stewart, Canterbury.

Alistair said: “Ardencaple must have been a relatively prosperous installation, and out of the 18 tolls in Dunbartonshire — excluding the detached eastern part of the county — it was often the one that commanded the highest annual rental, which presumably was a reflection of the income that was thought capable of being generated.

“Thus, for example, in 1874, Ardencaple was rented at £600, the next highest being Dalreoch at £430, and after that, Mill of Haldane at £370. However I have no information about the actual income, or profit made, if any.”

The location of the Ardencaple toll enabled it to catch traffic heading to and from West Montrose Street by way of the private Ardencaple Estate. There was a gate across the road, close to the Ardencaple Mill, which was known as Campbell’s Gate.

The Dumbarton Herald of April 11 1872 reported that it was only then that Sir James Colquhoun threw open to the public the road leading from Montrose Street through Ardencaple Estate, and joining the Turnpike Road at the toll bar.

Alistair said: “As the newspaper put it, this move promised to be a great boon to the people of Helensburgh and the Gareloch.”

Stuart’s great grandmother was the daughter of William Rodger, an itinerant mason, and his wife Margaret Porter, but neither name appears on Alistair’s incomplete list of those who bid successfully at the annual auction in Dumbarton’s Elephant Inn to operate the toll for a year.

The person who bid successfully was not always the person who actually operated the toll. Allan Lawson was a businessman, running several tolls simultaneously and employing toll keepers.

Alistair said: “In 1881, as well as Ardencaple, he also had the tolls at the top of Sinclair Street and at Bowling, while the following year, he again had Ardencaple and Bowling, this time along with Drumfork.”

The names of the employed toll keepers are not known, so the chances of confirming why Miss Rodger was born at Ardencaple are slim. Nor alas are any pictures of that toll bar known to have survived. 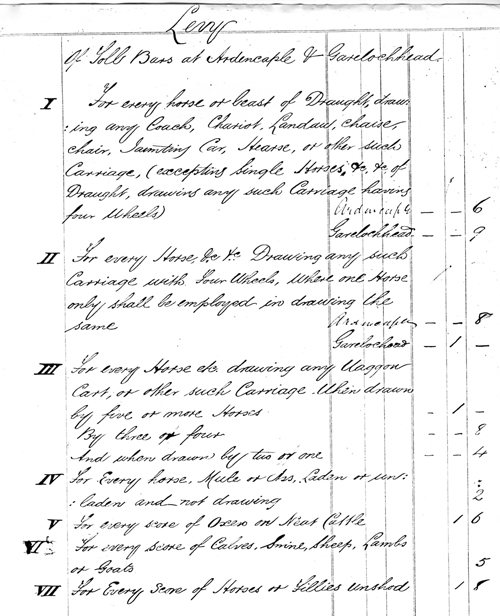 The original tolls on the Dumbarton-Arrochar road were instigated as result of the County Act passed in 1807 and were at Dalreoch, Drumfork, Garelochhead and Morelaggan.

The Drumfork toll was a double toll — as well as taking tolls from traffic on the Dumbarton to Arrochar highway, it also collected money from traffic on the so-called cross road, the road across Ben Bouie to Luss. This double toll was discontinued around 1832 when the new road over the Blackhill was opened, complete with its own toll-bar at the top of Sinclair Street, known as Milligs.

Alistair said: “All tolls suffered a substantial drop in income after 1853, as a direct result of the passing of the Forbes-McKenzie Act of that year, which disallowed the sale of alcoholic drink by toll keepers.

“Until that date, travellers had been positively encouraged to drink and drive!”

Many of the toll-houses were retained as roadmen's houses, but some were sold off.