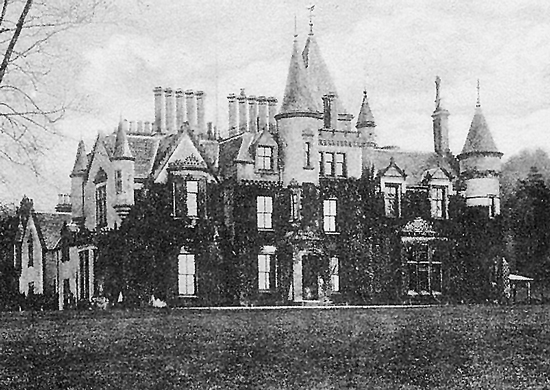 TRAFFIC roars past the Faslane Peace Camp, with few people in the vehicles realising that a gem of a mansion is hidden by the trees. But there is considerable doubt over its future.

Much has happened at Shandon House since it was built in 1849 on the site of a previous villa. It has been the home of eminent Victorians and business tycoons, has twice served as a school, and has lain forlorn on other occasions.

It has witnessed happy times, with the laughter of children and social gatherings, but also heartbreak, financial ruin and bankruptcy.

Its neighbour, Robert Napier’s palatial West Shandon, later Shandon Hydro, was demolished, it has seen the growth of the wartime military port and its transformation into the huge Clyde Naval Base, and for well over a quarter of a century, it has had the Peace Camp almost on its front lawn.

The first Shandon House was built on a long lease by Mr Ogilvie of Carron, then made over to Walter Buchanan, a merchant in Glasgow and Hamburg, whose main business was in the Baltic and India.

Exactly when he moved to Shandon is not known, but he was there by the mid 1820's, and in a directory of 1833 he was listed as occupying Shandon Lodge.

In 1840, Buchanan bought over 21 acres of ground at Shandon from Sir James Colquhoun of Luss.

Local historian Alistair McIntyre said: “It may well be the case that the land on which the original house stood was purchased at this time.

“One writer describes that house as plain but substantial, but the building was gutted by fire at some stage. By 1849, a much grander house had been completed as a replacement.”

The new mansion was built in the Scots Baronial style by eminent architect Charles Wilson, whose work included many of the renowned buildings on Glasgow's Woodlands Hill.

However architectural historian Frank Arneil Walker says that the quality of Wilson's work at Shandon has been compromised by later alterations and additions, including some by another well-known architect, John Honeyman.

Strangely it has a carving dated 1800, perhaps as a memorial to the previous house.

Buchanan had a large library, and enjoyed reading works written in many different languages. He had a happy marriage, and his studies would be interrupted by the laughter and play of his children.

He was now able to devote more time to politics. A committed supporter of the Reform Movement and the emancipation of Catholics, he was elected M.P. for Glasgow in 1857.

One observer identified him as part of a ruling elite, which was “mainly composed of the steady, determined, moderate men of the upper middle class, who have ever been the backbone of Whiggery, opposed equally to the Toryism of the Lord Eldon and port-wine school, and the frothy sedition of the Democrats of the lower orders”.

Buchanan (below left) was considered shrewd, well-informed, self-reliant, genial and popular, but his life changed abruptly in 1865 when he found himself suddenly faced with financial ruin. He was said to have shown real strength of character coping with the crisis.

A casualty was his beloved Shandon House, which was sold that same year to Mr Jamieson of Croy,  Helensburgh, for £12,500. By the 1880's it had come into the possession of Andrew Charles Henderson, a shipowner.

In 1910 Shandon House was bought by John Richard Newitt, a Cambridge University graduate, who had come to Helensburgh in 1900 as headmaster of Larchfield School.

He decided to branch out on his own, and bought the property, which had been lying empty, with the idea of setting it up as a prep school for boys. But the enterprise failed after some years, and he was forced to file for bankruptcy.

The school made a loss in the first two years, but then moved into profit, with a surplus of £756 in 1914-15. However, with the house came some 36 acres of land which incorporated a farm and garden — and for this losses had been heavy.

It proved impossible to continue, which was a personal tragedy for Newitt but in keeping with the economic conditions of the time.

The future of Shandon House seemed more assured with its purchase in 1921 by Nelson and Evelyn Mitchell, whose family had operated as tobacco merchants since the late 18th century. Based originally in Linlithgow, the business was transferred to Glasgow in 1825, and went from strength to strength.

The family became very rich, and a close relative of the new owner was able to provide the funding for the establishment of what became the Mitchell Library in Glasgow, now regarded as one of the finest reference libraries in Western Europe.

The Mitchell ownership continued for 40 years, and it was only after the death of Nelson in 1961, and that of Evelyn the following year, that the house once again came on to the market.

By that time however, economic and social conditions dictated that many properties in the class of Shandon House were being flatted, converted to institutional use, or demolished.

Next-door Shandon Hydro met that fate, with partial demolition in 1956-57, followed by a final phase in 1960, with the site then occupied for several years by a caravan park

The Archdiocese of Glasgow bought the mansion to operate it as a List ‘D’ School, and it was opened as St Andrew’s School in June 1965 by the then Secretary of State for Scotland, Willie Ross, with Archbishop James Donald Scanlon presiding.

To begin with, 24 boys were in the school. In addition to the teaching facilities, there were workshops and a large garden, and extra accommodation blocks were built to provide places for up to 90 boys.

It was a regular event for boys to abscond, usually walking along the West Highland railway and being greeted at Helensburgh Upper Station by the police. 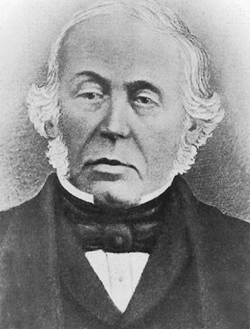 The management believed in community involvement. Entertainment was provided for senior citizens, bags of logs were donated to the needy, and some of the boys were employed on morning milk runs. But in 1986 the school was closed.

It was during the period of use as a List ‘D’ school that the death occurred of William Strang, head gardener at Shandon House for many years, having started there with the Mitchells around 1927.

After the opening of the school, he continued in the role of horticultural instructor until his retirement in 1977 at the age of 70. A past chairman of Helensburgh and Gareloch Horticultural Society, he was also well-known as a judge at Helensburgh Flower Shows.

Another event during the lifetime of the school was the arrival of the Faslane Peace Camp in 1982. Established in protest about the arrival of the Polaris nuclear deterrent, the camp was originally set up on Ministry of Defence land, but was later moved to the roadside verge, just in front of the house, where it is to this day.

The most recent chapter in the story of Shandon House began after the closure of the school. The Archdiocese made various attempts to find a buyer, and then the property came into the possession of the MOD.

The new owners announced plans to house a crack Royal Marine commando unit in the building, but this did not come about, and it currently remains unused.

A Clyde Naval Base spokesman said: “The B-listed building has been extensively vandalised over a period of years, and presents a Health and Safety risk, and may require to be demolished. As it is listed, a number of organisations, including Historic Scotland and Argyll & Bute Council, as well as the local community, will need to be consulted first.”