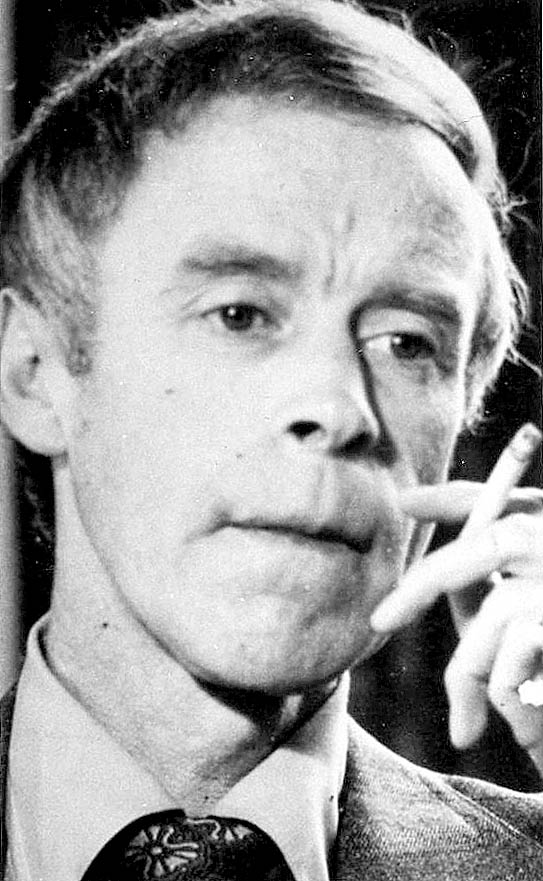 ONCE upon a time I worked as a reporter on the Helensburgh Advertiser. While thus employed, it was often my duty to “do the calls”.

This meant checking, by telephone, with various police stations in the district before the paper went to bed. The editor had a weakness for bedtime stories, and it was my job to humour him.

The best of these always came from Kilcreggan. And, in my opinion, they still do.

Every Thursday morning I kept Kilcreggan as the last call on my list. It was my hope that one week the friendly policeman on the other end of the line would mention — as an afterthought — that the Martians had landed.

The fact that he didn’t does not at all convince me they haven’t. A Martian invasion is something the folks round there might very well keep to themselves; and cope with — admirably.

The stories we did get were remarkable enough. Many, many times the reporters room was stunned into silence by some bizarre communiqué from Cove.

For, when there was no reply on the telephone, we waited for smoke signals and finally snatched at any passing pigeon which seemed to have a bandaged ankle.

Then, reading the message, we “looked at each other with a wild surmise”. That quotation is very apt and I will come back to it. Wild surmise is often the only way of dealing with events on The Peninsula.

It was the Advertiser which first defined the environs of Cove and Kilcreggan as a wonderful and separate place.

If anything odd or uncanny arose, any tales of strange situation or eccentric behaviour — in fact anything at all mystical in our humdrum world — it was happening down there.

Apart from being a treasure trove of feature material, it was also the area which provided the only news which I found even remotely interesting.

As you can imagine, I took every opportunity to visit the place. My first impressions are still vivid. They have palm trees there, and, in the summer, Bougainvillaea.

Practically every house overlooking the Firth has a telescope trained on the Western Approaches — which must be heartening for NATO. They had their own private Gas Company which they seem to regret having lost.

Housewives go shopping over stormy season by ferry. Great mansions cling to spectacular cliffs. There are poets, painters, sailors, explorers, hermits; and there have been saints.

The people all know each other and, apparently, care for what they know. They are lively, friendly and expansive. At night they stroll about the streets as though in a walled garden — and find their way on the uplands by the flash of the Cloch lighthouse.

Bursting with a sense of discovery I sped back to the Advertiser office. The editor asked: “Did you get anything?” In reply I declaimed Keats at him:

“Then felt I like some watcher of the skies

When a new planet swims into his ken;

He stared at the Pacific — and all his men

Looked at each other with a wild surmise

Silent, upon a peak in Darien.”

“Oh, yes,” said the editor and backed off a little, in case what I had got might be contagious. Like, Peninsular Fever.

It is a matter of wonder to me that the residents ever leave such a self-contained and warm community. Recents events have shown that in a crisis they are well able to look after themselves.

And they are admirably placed to maintain their own very civilised way of life. Indeed it would not astonish me in the least to see the headline “Peninsula Declares UDI.”

How about a frontier at the Peaton? That would enable the Ministry of Defence to go on playing whatever they are playing at in Coulport, and leave the interior undisturbed.

A principality could be established, not unlike Monaco. They already have a road hazardous enough for a Grand Prix circuit, and, what with the palms and Bougainvillaea, even a gambling casino wouldn’t come amiss. There are one or two buildings tailor-made in opulence to house it.

God knows, they have the imagination to make of that promontory anything they please.

Yet, even if they keep everything exactly as it is, I shall be delighted. One has the feeling there that the Present is intractably joined to the Past; if not overlapping by a couple of centuries.

It is just such an occasion of overlapping which I must now report. During one winter, while working on the paper, I was sent to cover a function at Cove.

Snow had been falling all day and I drove through a blizzard late in the afternoon. The road was treacherous down the lochside and worst at the crest of the hill which descends into Kilcreggan. Not that I actually reached the crest.

Nosing my way uphill in second gear, blinded by snow, I decided that the rest of the journey was foolhardy — if not impossible. Much better to wait until the weather cleared.

I stopped the car, pulled on the handbrake, and was startled to find that although I was no longer moving forward, I was certainly moving backwards. At increasing speed.

Having little practice of guiding a toboggan in reverse, I got out of the car and tried to hold it.

At that moment, I swear, there was a jangle of chains, and through a gap in the hedge — or just straight through the hedge — came a man carrying what looked like iron weights.

He jammed them under the rear wheels. Holding on to the bumper I saw them clearly; cast iron wedges joined by a heavy chain.

The rear wheels grated to a halt but, such was the car’s impetus, the bonnet slithered round. The driver’s door swung open as it passed me, so I jumped in, started the engine, released the brake and drove very slowly back towards Rosneath. There was nobody on the road behind me.

It was a year before I saw the man again, or least saw what was his occupation.

On a Christmas card there was an 18th century snow scene showing a coach stalled on a hill. The horses had been unharnessed and the passengers were out watching the Brakeman securing wedges under the rear wheels. Two cast iron wedges joined by a heavy chain.

Apparently a Brakeman used to be as common a sight in hilly country as a Crossing-sweeper in town; 200 years ago.

I did not mention this incident at the time because it was the firm’s car I was driving.

However, I recommend that whoever is “doing the calls” now should, at the first fall of snow, get in touch with Kilcreggan. Ask if the phantom Brakeman has appeared yet.

They’ll understand, though they may want to know which phantom Brakeman you mean. Better still, gallop down there and give them a hand.