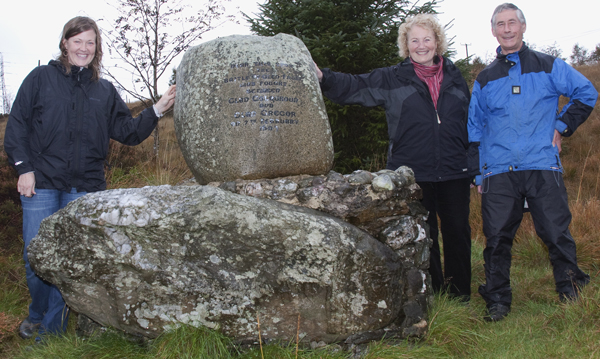 AN American author who spent 18 years researching and writing the story of a man from a Glen Fruin farming family who became a Mormon in 1848, emigrated to America six years later, then fled from his religion, visited the glen in October 2010.

She arrived in Helensburgh on Saturday October 2 with her daughter Mary, who has two Masters degrees and lives in San Francisco, to see for themselves where their ancestors came from.

They spent Sunday touring the area with Helensburgh Heritage Trust director and fellow historian Alistair McIntyre as their guide.

Wet weather did not permit a visit to the site of the family farm of Stuckiedow, where Peter’s grandfather was the last tenant, as the ruins lie on the wrong side of the Fruin Water from the modern road.

But they did look at the cairn commemorating the Battle of Glen Fruin on February 7 1603, which was restored by the Heritage Trust some years ago, and then east along the glen (below left).

“An ancestor of Polly's is understood to have fallen, either at the Battle, or at the so-called ‘Glen Finlas’ raid, which took place less than two months earlier,” Alistair said. “The McAuslans were on the Colquhoun side.”

The weather was steadily improving when they visited Luss and walked down to the Church, where among the first things they saw were headstones to a number of McAuslans.

Alistair said: “One of the accounts of how Luss came by its name features a McAuslan. The body of a certain Baroness McAuslan, who had died in France, was brought home to Luss, where her coffin was draped in Fleur-de-Lys, and this is said to be how the village got its name.

“It is worth noting that while most authorities accept that the word ‘Luss’ may refer to herb, or plant, there are a number of alternative explanations about how the name came about.

“However, the Baroness story is a good one, and it is certainly true that there were Baron McAuslans in the area at one time.”

Next they went to Glen Douglas, then Arrochar and over the Rest and Be Thankful to Inveraray, before returning to spend the night in Garelochhead and setting off for Glasgow the next day, where they planned to visit Glasgow School of Art.

Polly’s book tells how Mormon missionaries travelled to Scotland to spread the faith in the mid-1840s, and Peter was a convert.

She said: "The uncertainty his family faced in a rapidly industrialising economy, the political turmoil erupting across Europe, the welter of competing religions — all were signs of the imminent end of time, the missionaries warned.

"For those who would journey to a new Zion in the American West, opportunity and spiritual redemption awaited. When Peter McAuslan converted in 1848, he believed he had found a faith that would give his life meaning." 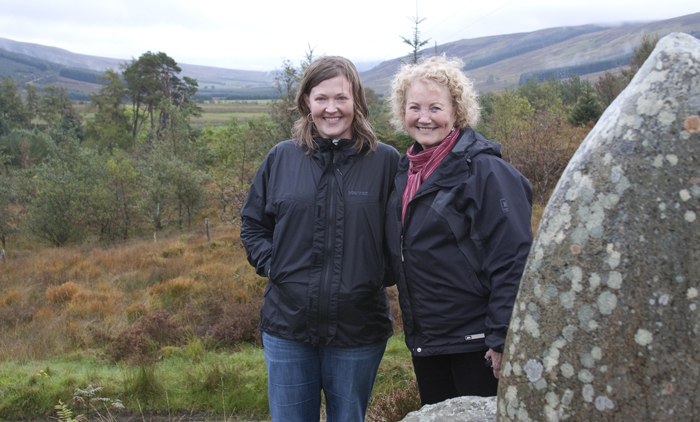 Six years later he and his wife Agnes emigrated to Utah, enduring a very difficult journey across America to reach what they considered to be the Promised Land of Salt Lake City and to join members of their family who had been there for several years.

They found famine, droughts and locusts, and it did not take long before Peter's doubts about the religious community he had so enthusiastically joined began to grow. U.S. Army troops were also threatening as the American government was concerned about the Mormon influence over the Indians.

"With his family, and escorted by a U.S. Army detachment for protection, he fled to California."

Peter and Agnes spent the rest of their lives there as farmers in Sacramento Valley, where he died in 1908, a month before his 85th birthday. The full story can be found here in the Heritage — Religion section of the website.