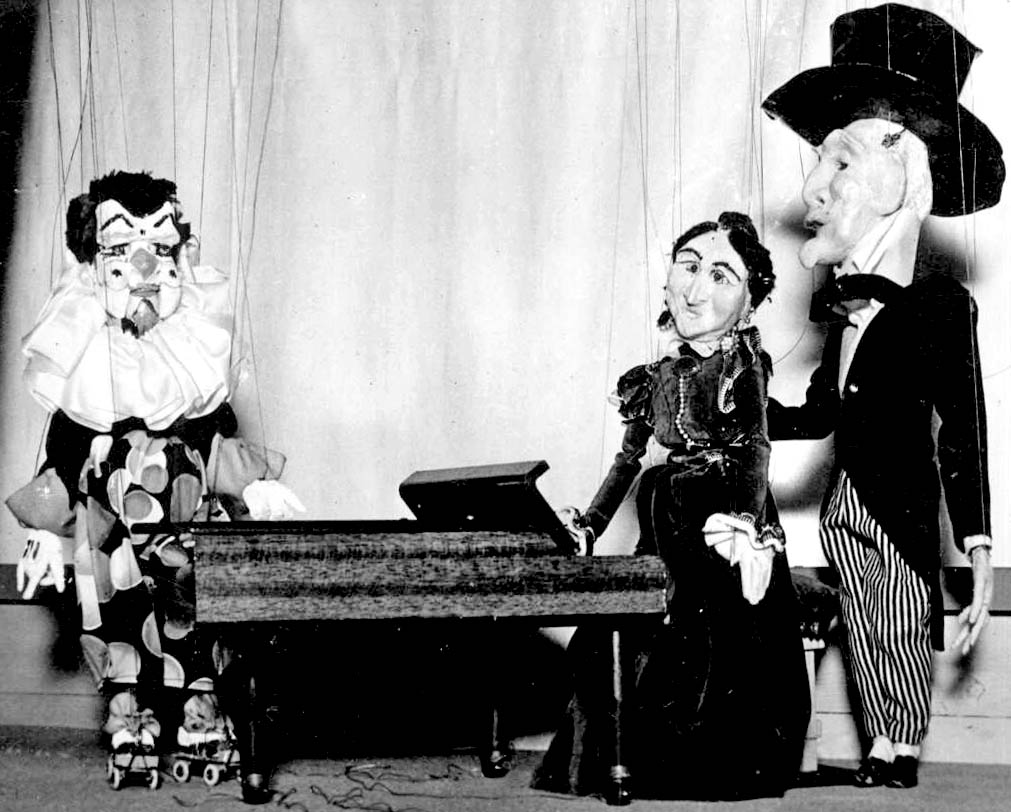 TWO creative Helensburgh teachers played a major part in the formation of the Scottish Peoples Theatre, which flourished in Dumbarton from 1938 and through the Second World War.

The SPT, which welcomed guests actors such as Andrew Cruickshank and Molly Urquhart, even staged a concert at Shandon Hydro for recuperating servicemen in 1944. It became the more modestly-titled Dumbarton Peoples Theatre after the war.

Writers and artists from the Helensburgh area played central roles in this pioneering little theatre which flourished in Dumbarton, and the records were retained by burgh man Jim Gorie’s late father, Tom.

Says Jim: “McCrie was prominent in Glasgow drama circles before migrating to the area and launching his own theatre workshop imbued with all the drama principles of Stanilavski and Chekhov.”

Along with Tom Gorie, McCrie was involved in a theatre workshop in 1936. More substantial was the conversion to a 200-seat theatre of a knitwear factory at Bankend, adjacent to Dumbarton Central Station.

The 1938 annual programme noted: “The Little Theatre has been purchased, adapted and equipped by the group, aided by the forbearance of its creditors, and is unsubsidised except for the help of many friends.

“It is now entering, in its second season, on a very ambitious programme. The group is non-profit seeking; it aims at establishing the theatre as an ever-growing force in the life of Western Dunbartonshire.”

McCrie in the end despaired of turning amateur actors into a professional repertory, and he retired to Whistlefield to “use plastic puppets rather than the wooden human kind.” After his death from cancer, his widow kept the puppet theatre going at Whistlefield until 1946.

Curiously enough, Jim said, the picture of one of his puppet performances has current relevance.

The picture shows the Governor of the Bank of England (Lord Montagu Norman) accompanied by the Old Lady of Threadneedle Street.“The clown may be a prototype sub prime investor!” he added.

The surprise in the SPT archive is the draft of a Gregor Ian Smith play  “Balquidder Bewitched” ready to be performed in the 1940s before the Luftwaffe fire-bombed the theatre in 1941.

The cover sheet read: “Being an hitherto unrecorded incident in the checkered career of Rob Roy MacGregor. Save for a brief spell of business on the adjacent highway, the action takes place in the great hall in Rob Roy’s house on the Braes o’ Balquhidder.” 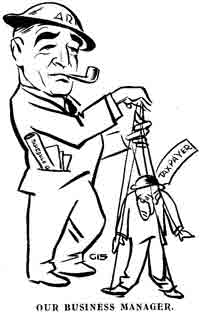 The 1938/39 repertoire of 14 plays included a Glasgow dialect comedy by Ian Simpson, who also drafted a musical play which he based on the Marquis of Montrose. He later moved to England and lived with his only daughter, who was married to an academic colleague of Kingsley Amis.

Tom Gorie, Orcadian son of a tenant farmer, was well known as the Inspector of Taxes whose tax district covered Dumbarton, Helensburgh, Lomond and the Vale of Leven from 1935-40.

Said Jim: “In those less complex fiscal times, he served as business manager of the SPT as well as chairman of the Dumbarton Community Centre.

“He was often seen in plus fours and with a measuring tape in Helensburgh, the Vale and Loch Lomondside in the late 30s in his subsidiary role as valuation officer.

“My father's most creative period was when he lived here. He had a spell in Morayshire before retiring to Edinburgh but missed the local buzz although he was involved in various projects with the Saltire Society.

“I am sure my father regretted leaving the area although he got some prominence as a Moray county councillor when he was instrumental in saving the late 18th century Bellie Kirk in Fochabers from being converted into a furniture store.”