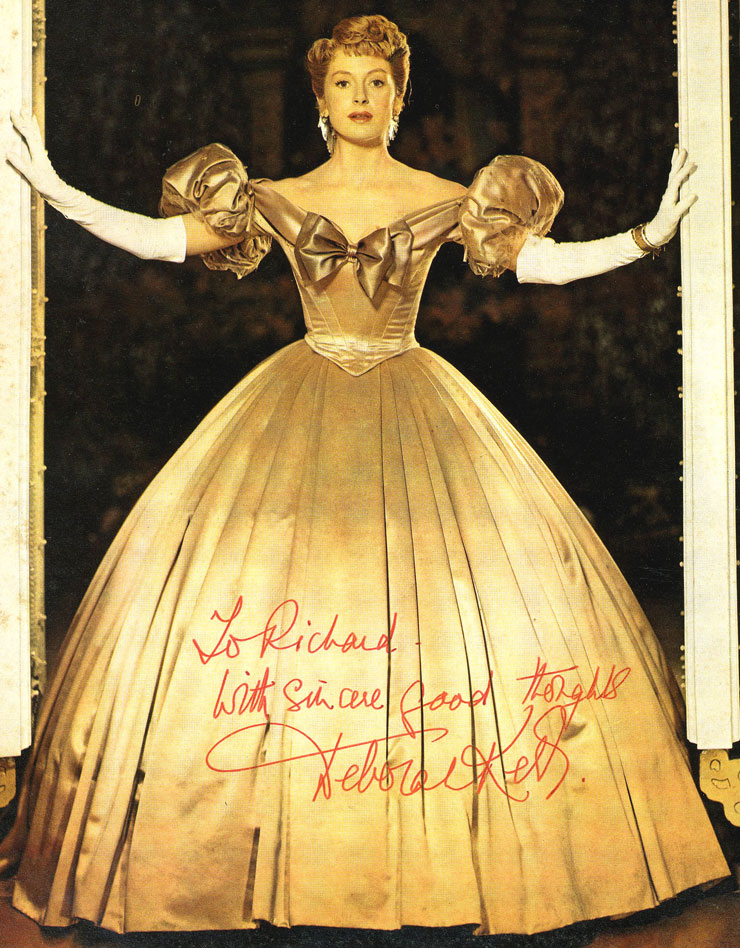 HELENSBURGH'S most famous film star Deborah Kerr, who died on October 16 2006 at the age of 86, was regarded in Hollywood as a typical English rose . . . refined and reserved.

But of course Deborah Jane Kerr Trimmer was born on September 30 1921 to Arthur Charles (Jack to his friends) Trimmer, a civil engineer, and his wife Kathleen Rose (known to her family as Colleen or Coll), when they lived in Helensburgh, and spent her early years in the town.

Her upbringing clearly affected how this exceptional individual lived her life, as she explained in an article she wrote herself which appeared in August 1956 in the Times. It was called ‘You’re Tougher Than You Think’, and provides a real insight into her character.

Deborah wrote: “When I was a child in a place called Helensburgh in Scotland, and would run to my mother crying over some childish mishap, she would hear me out, being a patient woman.

“But if my misery was all out of proportion to the mishap, she had a calm saying that was most effective — anyway, it seemed to put an end to my tantrums: 'Never make heavy weather of things'.

“My father was an invalid, from injuries sustained in World War One, and my mother had a hard time of it, between caring for him, and minding her two children — my brother and myself. But she lived by her own byword, and was unfailingly cheerful.

“This homely, almost nautical expression became a family saying. In all of the ordinary annoyances, perplexities, and burdens of living, we found it a great help to be reminded that these were not necessarily the end of things.

“It saved me from panic when my own children developed sudden high temperatures, or when my career seemed threatened.

“I do not think my mother ever intended to make light of serious things. Most of us, however, have a way of exaggerating the problems that afflict us all in the ordinary wear and tear of life.

“It can’t be clear sailing all the way, but we do not need to cry alarm every time a cloud appears on the horizon. People are more durable than they think; a good boat is designed to stand rough weather. We needn’t turn back at every pitch and roll.

“We may need a stronger philosophy than my mother’s saying when real tragedy strikes, but in the face of our routine fears, I can’t think of anything better to say than what I first heard as a little girl: ‘Never make heavy weather of things'.”

Perhaps this was what was in her mind when she autographed this picture of her in costume for the musical ‘The King and I' to a friend called Richard with the words “With sincere good thoughts”.