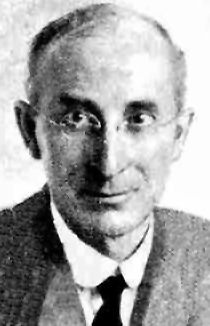 A HELENSBURGH man who became a professor of mathematics at the age of 33 was the author of important mathematical books and a key figure in establishing maths in Australia.

Horatio Scott Carslaw, ScD, DSc, LLD, FRS, was born in the burgh on February 12 1870, the fifth son of Free Church minister and religious author the Rev William Henderson Carslaw DD and his wife Elizabeth, and educated at Glasgow Academy where his talent was identified.

After finishing sixth in the General Bursary competition, he entered Glasgow University in 1887 to study maths and physics, and also studied Latin, Greek, moral philosophy and logic before graduating in 1891 with an MA with first class honours in maths and physics.

In 1890 he won the Cunninghame gold medal for maths, and the following year he was awarded the Eglington Fellowship, which carried a stipend for three years.

He returned to Glasgow University as an assistant in the maths department in 1896 and spent part of his first academic year visiting the University of Gottingen in Germany. He also had working visits to the Italian universities of Rome and Palermo.

In 1903, despite having published only four papers, he was appointed professor of mathematics at the University of Sydney in Australia, a post he held with distinction until 1935.

It is said that, more than any other figure of his period, he helped to establish maths in his adopted country, and set a standard that had not been seen there before him and whose influence continues to this day.

In his first three years in Sydney he published two important books, ‘An introduction to the infinitesimal calculus’ in 1905, and ‘Introduction to the theory of Fourier's series and integrals and the mathematical theory of the conduction of heat’ — which was to be the main area of his research throughout his life and his most important and enduring work.

On February 12 1907 at Bowral, New South Wales, he married a widow, Ethel Maude Cruickshank, daughter of Sir William J.Clarke, Bt., from Rupertswood, Victoria, but she died on June 3 of that year.

He was a member of Australia’s first board of examiners established under A.C.Carmichael's University (Amendment) Act 1912, and was chief examiner of maths for the next 30 years.

He contributed many articles to the Sydney Morning Herald on such varied subjects as the need for a closer association with English universities, the development of progressive income tax schedules, and on Lewis Carroll.

His final work, on one of his lifelong interests, income tax scales, was published in 1947, and in the years before his death at his small orchard property in Burradoo, 80 miles from Sydney, on November 11 1954 at the age of 84 he worked on formulas designed to help in the fair and efficient collection of income tax until unable to do because of failing sight.

According to an obituary published by the Royal Society of Edinburgh, of which he was elected a Fellow in 1901, he served the University of Sydney through a period of great expansion.

T.G.Room wrote: “He had precisely that balance of qualities which best fit a man to raise a small department not very different from a sixth form to a School of Mathematics with a worldwide reputation for its published work and for the quality of its graduates.

“He had a vigorous personality of the type around which legends collect; he was a mathematical scholar of distinction with a gift for clear exposition; he was enthusiastic in his mathematics and aroused enthusiasm in his students.

“During his tenure of the Chair the university grew from a family affair of a few hundred students to a complex organism of 4,000 students in ten Faculties. In particular this period saw the rise of the Faculties of Science and Engineering.

“In large measure the high standing of Sydney engineering graduates was due to Carslaw's influence on the shape of the course. 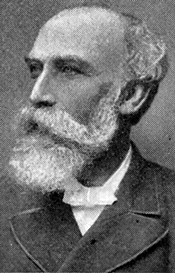 “He played a large part in the development of the New South Wales Secondary Education system, in particular in the formulation of the mathematics syllabus and its examination at the Leaving Certificate.

“Between 1911 and 1916 he published a series of articles and reports, under such titles as The Teaching of Elementary Mathematics, Secondary Education in Australia, which have done much to give direction and purpose to mathematical teaching in the State right up to the present time.”

Although rather shy, he enjoyed company, was a member of the Australian Club and had a large circle of friends, both at home and overseas, with whom he had a prodigious correspondence.

This, coupled with sabbatical leaves spent at Emmanuel, kept him in touch with worldwide developments and assisted in placing students in whose welfare he took a keen interest. In his earlier days he enjoyed sailing with his close friend Sir Alexander MacCormick and, later, gardening and country life.

His three brothers — one elder brother died young — all graduated MA from university and two went on to receive medical degrees. A sister married into the clergy.

Professor Malcolm Baird, son of TV inventor Johh Logie Baird and hon. president of Helensburgh Heritage Trust, said: "Professor Carslaw’s work is well known to me through his classic book 'The Conduction of Heat in Solids' (H.S.Carslaw and J.C.Jaeger, 1947).

"In my chemical engineering research career in Canada I found Carslaw & Jaeger’s equations very useful. As recently as 2008, I used them to estimate the thermal conductivity of a bed of nickel pellets — this research was done at McMaster University at Hamilton, Ontario, with the support and collaboration of the International Nickel Company, Inco Ltd."