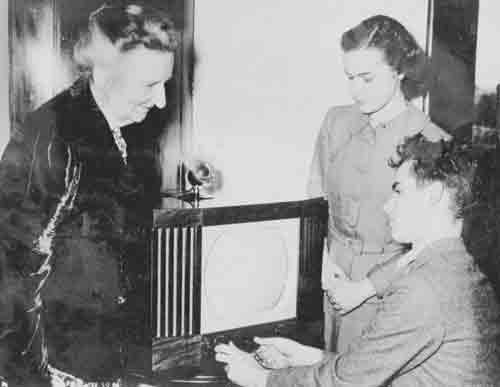 THREE members of John Logie Baird's family are seen in this picture taken in April 1952.

It shows the TV inventor's older sister Annie and his children Diana and Malcolm being presented with a television set from the Scophany Television Company.

The same day a plaque was unveiled at the former St Bride's Church (West Parish Church) Manse at the corner of West Argyle Street and Suffolk Street where John Logie Baird was brought up.

The presentation took place six years after the inventor died at the age of 57 in Bexhill-on-Sea after suffering a stroke.

Diana is now Mrs Richardson and lives in Uddingston. Malcolm, who is an emeritus professor of engineering and lives in Canada, is hon president of Helensburgh Heritage Trust.