A TORPEDO Range was operational on Loch Long from 1912 to 1986, and the abandoned Admiralty buildings, pier and slipway remained visible on the west shore of the loch, opposite Arrochar, until 2007, when the site was destroyed by fire and demolished.

Originally an Admiralty facility, the range (pictured right circa 1950) became the Royal Naval Torpedo Testing Station and Range, referred to variously as the Loch Long Torpedo Range and the Arrochar Torpedo Range.

The Argyllshire Standard and The Herald of August 1907 carried articles about plans to set up such a range. The fear that it monopolise the loch prompted the County Council to lodge an objection to the range.

Concerns expressed included potential damage to passing vessels, disruption to local fishing, and tourist reluctance to visit such an area.

An enquiry was held to allow objectors to voice to their opposition, but they failed to win the day. The contract was awarded to McAlpine, who began work in 1908 and handed over the range to the Royal Navy in 1912.

In 1915, Augusto Alfredo Roggen was executed at the Tower of London by men of the 3rd Battalion, Scots Guards, after having been found guilty of spying on the range.

Test firing was carried out from submarines, from torpedo tubes built beneath the pier of the test facility, or from a modified vessel, similar to a Clyde Puffer, equipped with two underwater torpedo tubes fitted beneath the bow.

This vessel is said have been built in Germany, and been taken from there either during, or after, World War Two. When not in use, the vessel was moored off the Gamble Steps in Gourock, near the present day ferry terminal and pier. 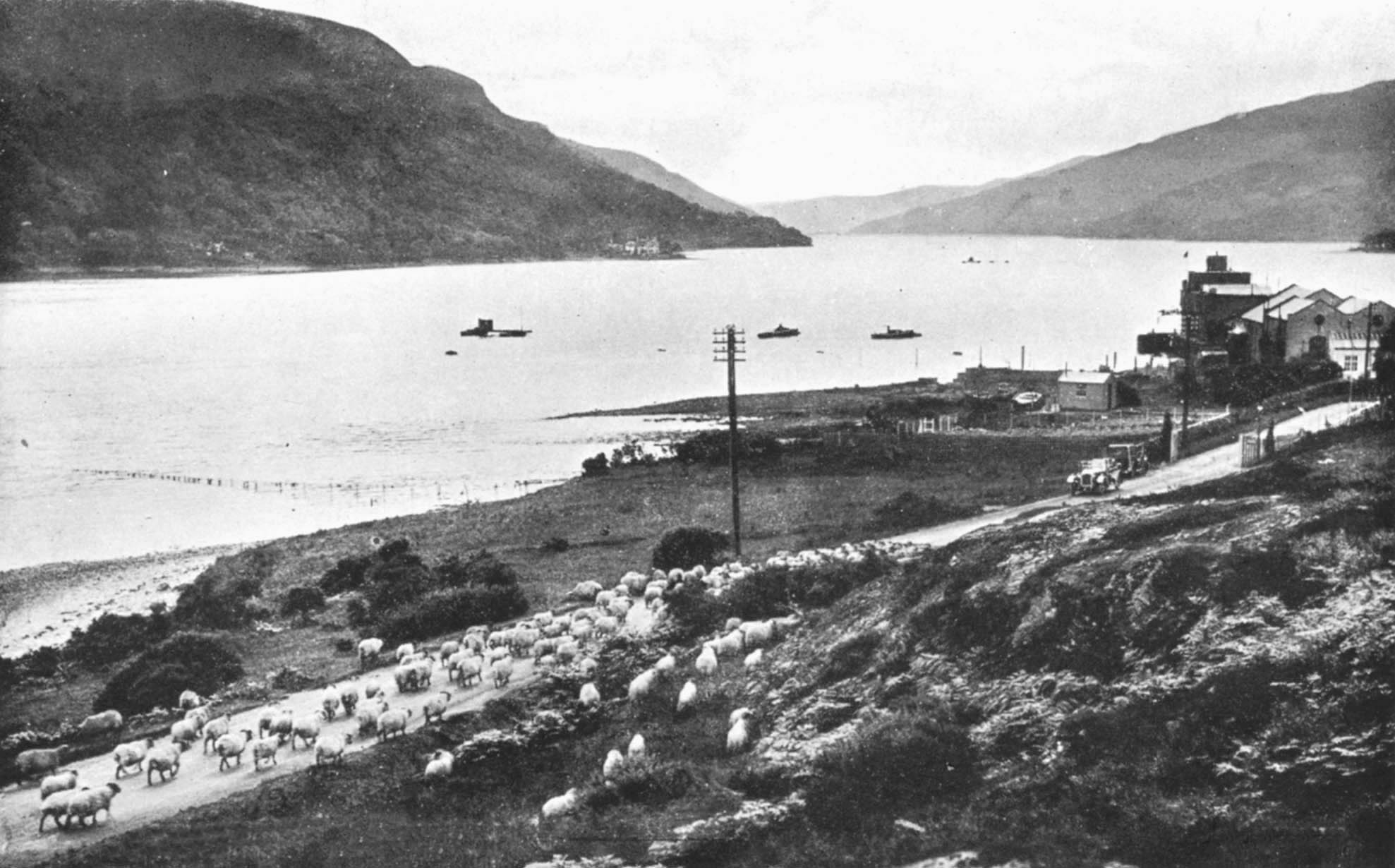 A line of floating targets was moored in the loch, in line with the pier, and the test torpedoes were intended to run under these. Testing included wire-guided torpedoes which spooled out a control wire as they ran, but local people reported regular misses, and some test torpedoes occasionally leaving the water.

It is clear that some test torpedoes were lost or abandoned, as the rusting remains of a battery-powered torpedo lay on the shore south of nearby Ardgartan for many years.

Torpedoes under test were constructed without warheads, and designed to float to the surface on completion of their test run.

Recovery was by an ex-RAF rescue craft, the Fulmar, which had a low freeboard (the distance from the waterline to the upper deck level, measured at the lowest point where water can enter) which made the operation easier.

Testing ended after an explosion at another range, involving the same torpedo type then being evaluated at Loch Long. But this was not the sole reason for the range's closure.

The range (pictured above left circa 1920), together with its surroundings, was best suited to straight-running, shallow depth torpedoes, and the increasing use of more advanced designs, capable of running deeper, and using wire guidance to home in on a target, meant it was no longer able to test the latest designs, so it was closed.

The remains of three cottages can be found to the west of the road leading to the main buildings, and are based on a wooden frame with metal cladding. Believed to date from the 1940s, these were used by staff employed at the station.

At 11.45 a.m. on Sunday July 29, 2007, the range buildings — which were about to be demolished — caught fire, and three appliances from Arrochar, Garelochhead, and Lochgoilhead attended a call timed at 1 p.m.

The blaze was brought under control by 3.30 p.m., and final damping down completed by 7 p.m. and the fire fighters clearing the site an hour later. No indication has ever been released as to the cause of the blaze.

The area has become a popular diving site throughout the year. The loch contains a number of interesting diving locations, including a number of test torpedoes.