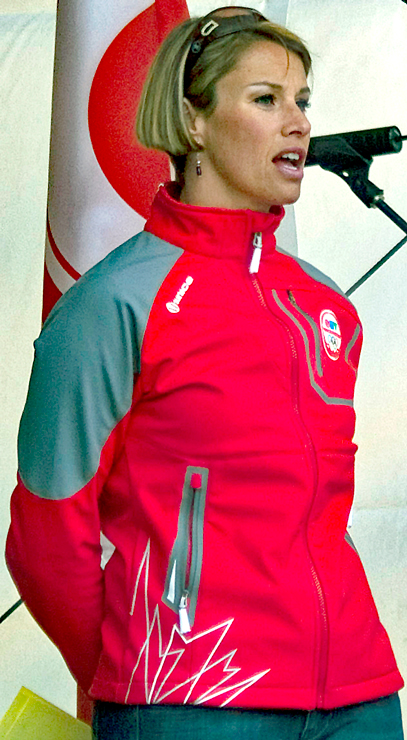 THE GREAT BRITAIN team returned from the 2018 Winter Olympics in South Korea with their best ever medal haul of one gold and four bronze . . . but four Winter Games earlier the grand-daughter of a Helensburgh chemist was completing a back to back gold medal triumph.

Speed skater Catriona Ann Le May Doan — known to all as Cat — was the first Canadian to achieve a gold medal at successive Winter Olympics, triumphing in the 500m distance in Nagano, Japan, where she also won a 1000m bronze, and Salt Lake City in Canada.

She too was at PyeongChang this year as Lead Athlete Mentor for Team Canada.

She is the grand-daughter of Arthur Le May, who lived in Cardross before retiring to near Lochgilphead. He was a chemist and optician with premises in West Clyde Street which older local people still remember.

Catriona’s father Iain, a former Glasgow Academy pupil and now retired university professor, grew up in Cardross, and her mother Shona was born in Wick and brought up in Glasgow.

Born in Saskatoon on December 23 1970, she took up speed skating, by chance, at the age of nine.

She had first tried her hand at ringette, a winter sport played on an ice rink, but she and her sister Ailsa came across a poster advertising speed skating.

She joined the Saskatoon Lions Speed Skating Club and became the Canadian bantam champion. The family moved to Calgary when she was 17 and she became a member of the Canadian speed skating team.

Catriona won the hearts of Canadians with her infectious smile, warmth, and her commitment to excellence, and she was a three-time recipient of the Canadian Female Athlete of the Year award in 1998, 2001, and 2002.

In an incredible 2002 season, she captured the World, Olympic and World Cup Championship titles in the 500m distance.

She dominated at this distance with a 20-race victory streak over two seasons.

“Speed skating has been a blessing in my life,” she said when she retired from the sport in 2006. “It has presented me with memorable experiences and it has taught me lessons that I will carry throughout life.

“It is now time to move on to new challenges and opportunities, and I believe I have fulfilled my dreams and aspirations in competitive speed skating.”

She is still involved with speed skating along with other interests, including community and charity work. Television broadcasting is also now a part of her life.

A talented motivational speaker, she is an articulate, engaging and bilingual presenter, exploring with her audiences the method of achieving personal excellence while challenging and motivating people to achieve their full potential.

In June 2002, Catriona was presented with an honorary degree from the University of Calgary, the city where she lives with her husband Bart Doan and their two children, Greta and Easton.

In recent years she has been heavily involved in the community through such organisations as The Saskatoon Foundation and the Catriona Le May Doan Endowment for Children and Youth.

She is also an ambassador for the Spina Bifida and Hydrocephalus Association of Canada, Right to Play, and Special Olympics Canada.

She served on the board of directors for the Vancouver Organising Committee for the 2010 Olympic Winter Games and is a board member of the Canada Games Council and the Canadian Sport Institute Calgary.

Catriona has been part of the broadcast team at five Olympic Games, earning a Gemini award for Best Sports Analyst for her speed skating work at Vancouver 2010.

She was inducted to Canada’s Sports Hall of Fame and the Canadian Olympic Hall of Fame, and appointed an Officer of the Order of Canada.

Her father, Dr Iain Le May, who has spent most of his life in Canada, is also an award winner in his field.

A world renowned metal failure analyst, he was presented with the the highest honour of the International Metallographic Society Henry Clifton Sorby Award on August 3 2005 in recognition of his lifetime of achievement in the field at the 38th annual meeting of the IMS, of which he is also a Fellow, in Hawaii.

Born in 1936 and named John on his birth certificate, Iain was educated at Helensburgh’s Larchfield (now Lomond) School, Glasgow Academy, the Royal College of Science and Technology (now Strathclyde University) and Glasgow University.

During his undergraduate years he served as a student apprentice with the North British Locomotive Company during the summer holidays in the sandwich degree programme in mechanical engineering.

After a short period in the NB Locos design office, he joined the staff of the Glasgow University mechanical engineering department, teaching and conducting research as part of a programme dealing with the properties of steam at high temperature and pressure.

He and his wife emigrated to Canada in 1963, where he joined the University of Saskatchewan mechanical engineering department as an assistant professor with responsibility for materials teaching and research.

He was promoted to associate and in 1971 to professor. While there he established an active group with his graduate students, dealing with a variety of topics relating to the relationships between microstructure and mechanical behaviour.

In 1970 he became a member of the editorial advisory board of the journal ‘Metallography’, now called ‘Materials Characterisation’, and he was a member of the IMS board of directors from 1971-75 and 1985-95, serving as president from 1991-93.

He was very involved on many international conference committees and standards committees over the years, and has appeared many times as an expert witness in product liability cases.

He established his consulting company, Metallurgical Consulting Services Ltd., based in Saskatoon, in 1978 and three years later he started MCS Associates, Inc., in Pittsburgh, Pennsylvania.

This led to a conflict between his university and business interests, so in 1985 he left the university to devote himself to his consulting practice. 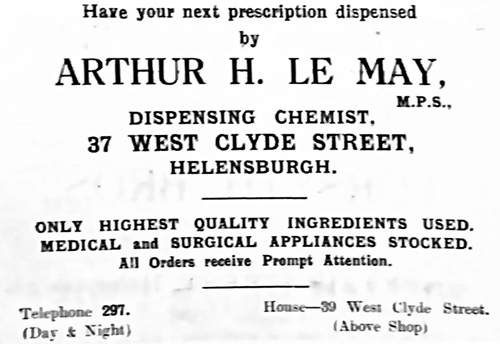 But he continued to take a close interest in academic study and research, and served as an associate professor at the University of Rio de Janeiro in Brazil.

He travelled widely for consulting work and co-operative projects, including the establishment of links with developing countries through the Canadian International Development Research Centre.

He was involved for many years in work with several Latin American countries.

The author of over 300 publications, including several books, Iain has written widely on the mechanical behaviour of metals, including creep, fatigue and fracture, as well as on metallographic techniques and failure analysis procedures.

A Fellow of the Royal Society for the encouragement of Arts, Manufacturers & Commerce, he continues to serve on a number of national and international committees.