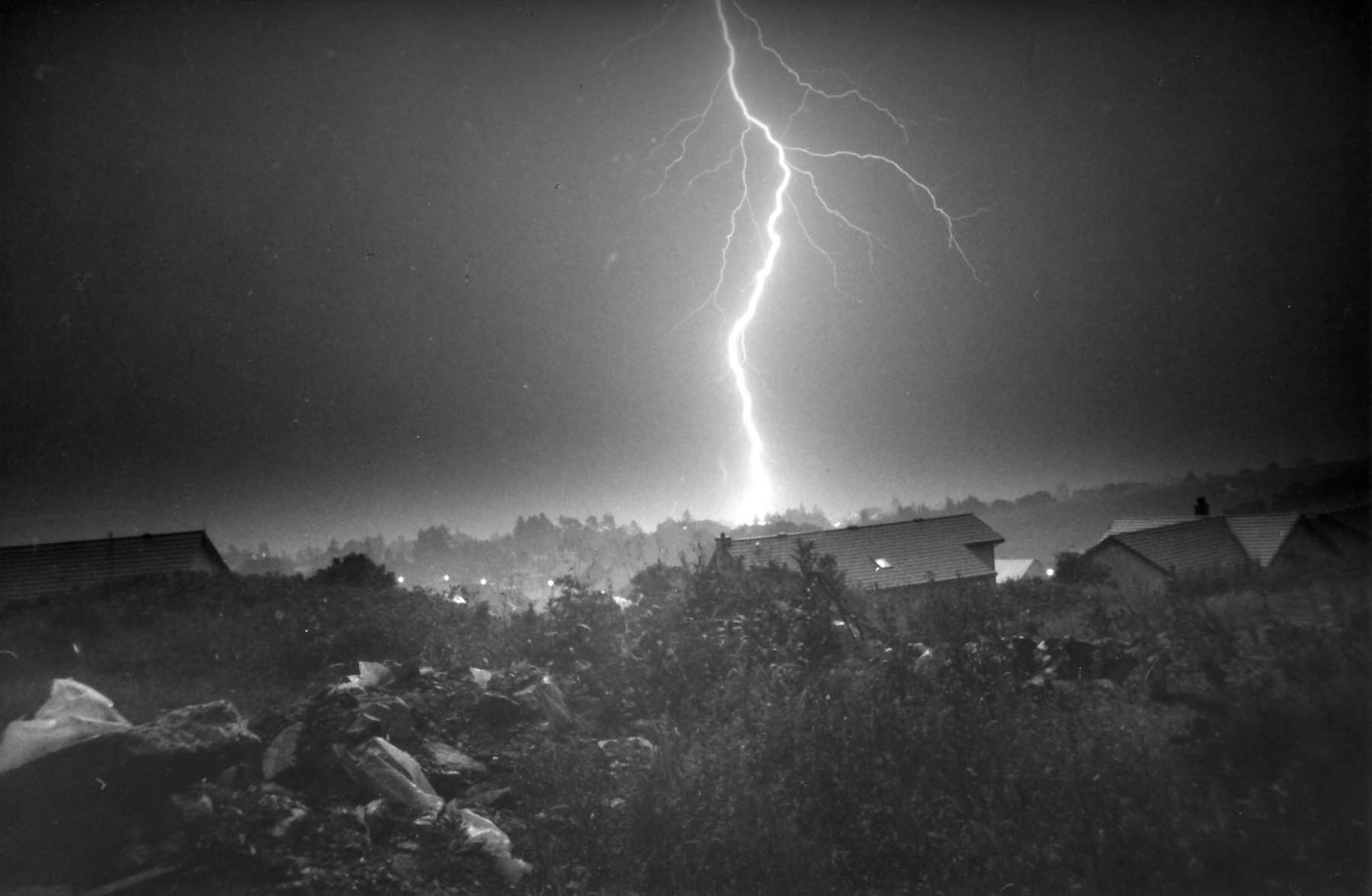 THE best picture ever taken in the Helensburgh district of fork lightning striking was shot one very stormy night on July 26 1985.

The photographer was a 16 year-old graphic design student who was watching the storm and decided to record it for posterity.

Michael Dick, the son of Helensburgh professional photographer Ronnie Weir Dick, could see ordinary and fork lightning in the Greenock direction every 15 seconds or so from his bedroom window at their Douglas Drive East home.

“He called me upstairs to see it, and insisted he wanted to take pictures,” Ronnie, who is now semi-retired and living in Garelochhead, says. “It was a fantastic sight.

“He got out his bicycle, his camera and a tripod, and cycled up to Kennedy Drive to a spot where he could see across towards the Rosneath Peninsula.

“Taking pictures of things like lightning and fireworks, the technique is to leave the shutter open until there is a flash, and then close it. The problem is that, in those days of film, you did not know what you had got until the film is developed.

“Michael took half a dozen pictures like that, and the last one was when he heard a tremendous crackle and saw the fork lightning. At that point he packed up his camera and cycled home.”

The following day Ronnie had a call from Alex Kempsell, editor of the South of Scotland Electricity Board magazine, asking if he had any pictures of the storm. So he processed his son’s film, and found the shot.

“I put it in the window of my shop in West Princes Street, and sold quite a few prints of it,” he recalls. “One lady who bought a copy lived in Montrose Street, and she was convinced that it showed the lightning striking her house, which had a direct hit.”

The lightning was followed by torrential rain, and there was considerable flooding of burns and drains, and some damage, throughout the town and district.

It was the night local artist Gregor Ian Smith died at the age of 78. He had been out to look at a flooded burn near his School House home in Glen Fruin, and later he suffered a severe bout of asthma, which was followed by a fatal heart attack.

Michael Dick fulfilled his ambition to become a graphic designer, and now works in London.