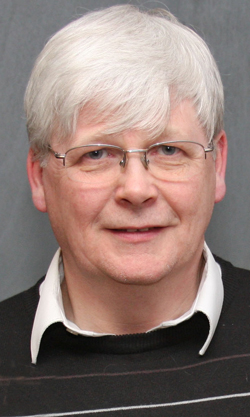 Images Across Space: the electronic imaging of Baird Television.

₤19.95, available from the publisher, Amazon UK and elsewhere from Apri1 2010

John Logie Baird is an illustrious and sometimes enigmatic figure in the history of television.

Old press photographs show him as a long-haired young man wearing a rather loud checked sports jacket, standing by an assembly of rotating discs and neon lamps. This apparatus was mechanical television and in 1926 it was hailed as the first working television system in the world.

In 1928, head-and-shoulders television pictures were sent across the Atlantic by short wave, making headline news in British and American newspapers. Baird's early fame has led to an inaccurate stereotype of  him as a lone inventor whose achievement was limited to mechanical television.

Dr Douglas Brown's long-awaited book helps to dispel this image by showing that Baird was active in electronic television from 1932 onwards.

This book is not a biography in the usual sense. In his Preface, Professor John Cave of the University of Middlesex describes it as "an internalist history".

The first half of the book contains about 40,000 words of close-packed text and the second half is taken up with a glossary, appendices and reference material. This includes lists of the 176 patents taken out by Baird himself and the 328 patents taken out by members of companies connected with him.

There is a generous provision of photographs and diagrams. The book is based mainly on Dr Brown's M.Phil and Ph.D. theses at the University of Strathclyde, completed in 1996 and 2000 respectively.

The book opens with a brief history of electronic television which by the early 1930s was beginning to replace mechanical television at the cutting edge. There is a biographical sketch of the American television pioneer Philo Farnsworth, whose Image Dissector camera tube was adopted and modified by Baird Television Ltd. (BTL).

The other leading electronic pioneer was the Russian-born Vladimir Zworykin who was backed by the immense resources of the Radio Corporation of America (RCA). The competition between the two Americans for the title of "inventor of electronic television" is carefully analysed by Dr Brown.

Although a US court assigned priority to Farnsworth's patent, the more successful technology of Zworykin and RCA was adopted and modified in England by a specially-formed company called Marconi-EMI.

Early in 1937, this company narrowly defeated BTL in the competition to provide the BBC's "high definition" television system. The British 405-line system, which was finally phased out in 1985, was remembered affectionately in a quarterly magazine entitled 405 Alive which became part of the British Vintage Wireless Society Bulletin in 2001.

The  main coverage of this book starts in 1932 when BTL, which had been in financial difficulty, was taken over by Gaumont British Pictures. Soon afterwards BTL moved from its cramped quarters in central London to more spacious premises at the Crystal Palace, located on high ground in the south-eastern suburb of Sydenham.

After the takeover, Baird retained a nominal but well-paid position as managing director while a large new technical department was created under the direction of Captain A.G.D.West.

Baird himself established a small but well-equipped private laboratory next to his house at Sydenham. For both Baird and the company, the main focus of research shifted from mechanical to electronic television.

With its new financial backing, BTL set out to hire brilliant young scientists, many of whom were refugees from Europe, including Dr Alfred Sommer and Dr Constantin Szegho, as well as local people such as Gilbert Tomes and Ray Herbert.

Dr Brown quotes extensively from the reminiscences of these individuals, whereas conventional biographies of Baird have focused more on his  personal life and his interaction with higher-level figures such as colleagues on the board of BTL. Dr Brown gives us a useful technical perspective on which he is well qualified as he holds several patents on 3D imaging.

The book takes us through BTL's troubled ten-year history, marred by its unsuccessful competition with Marconi-EMI for the BBC's high definition contract, and by the disastrous fire at the Crystal Palace which destroyed its laboratories and studios.

The company partially recovered from its setbacks while research progress was being made on several fronts by its younger recruits. However in 1939 the BBC closed down its television broadcasting and BTL went into receivership.

Some of the company staff, including Captain West but not including Baird, were taken into a much smaller company called Cinema Television Ltd. (CTL) which had been created earlier as an offshoot of BTL.

The CTL title was somewhat of a misnomer because during the war it became a defence electronics company, operating largely in secret and making proximity fuses, special cathode ray tubes for radar receivers, etc.

It also changed ownership, being taken over by the Rank Organisation in 1941. As seen in the Public Records Office files in Appendix 4 of the book, CTL was referred to loosely as "Baird Television" or simply "Bairds". However Baird himself was not mentioned in person in the PRO files. 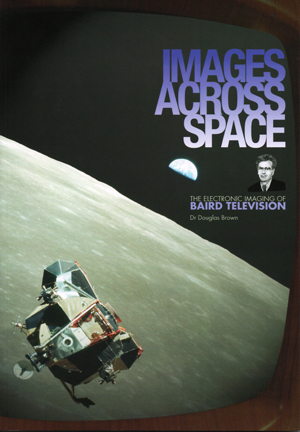 Baird continued an independent research programme at his private laboratory in Sydenham, largely at his own expense, obtaining 26 patents.

In my opinion the most interesting chapter in Dr Brown's book is the final one which describes Baird's very productive wartime research on 3D imaging. The work was performed under difficult conditions with one assistant, Edward Anderson.

Baird's patent GB 573,008 goes far beyond the 3D television which is being promoted to modern consumers. The publicly available "3D" sets have a flat screen and require that the viewer should wear special glasses to give an illusion of depth.

On the other hand, Patent 573,008 is on the formation of a truly three dimensional (volumetric) image enabling the viewer to look around it without special glasses. Baird died in June 1946, just a few months after his patent was granted, so his imaging device (which he tentatively named The Phantoscope) has not been publicised until now.

Although his book is detailed, Dr Brown has discreetly refrained from comment on published claims that in World War Two Baird was personally involved in secret work for the government concerning radar, etc.

During the past 20 years these claims were hotly debated among historians of both television and radar. Critics of the claims argued that there was not enough information to justify them, while supporters argued that further information was still being gathered.

While this book has taken no position in the debate, it will provide a good technical resource for the debaters. The descendants of John Logie Baird are hoping that the uncertainties about his wartime activities can eventually be resolved, one way or the other.