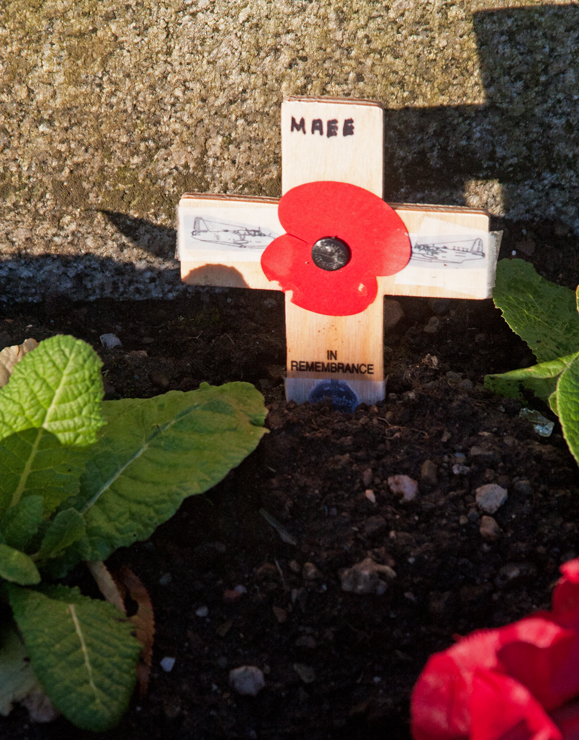 THE highly secret Marine Aircraft Experimental Establishment located in Helensburgh and Rhu during the Second World War played a vital role, and the lives of some of its staff were lost.

Yet it is not commemorated in the Helensburgh area. The hub of the MAEE, Rhu Hangars, still exists today as the media centre for HM Naval Base Clyde, but nowhere is any tribute paid to the organisation or its staff.

Would it not be appropriate to erect a memorial of some kind? The ideal site would be Kidston Point, where it would be seen by the many who use the car park, and it would overlook the Hangars and the Gareloch where the flying boats took off and landed.

MAEE was originally based in Felixstowe. But the onset of the Second World War led to it being classified Top Secret, and moving to Helensburgh and Rhu from 1939-45, to ensure that its work did not attract the attention of German spy planes or bombers.

Recently added to the Military section of this website was the story of a Saunders Roe Lerwick flying boat (one of the Lerwicks is pictured below) which took off from Rhu and crashed into the hillside above Faslane on October 21 1941, costing the lives of one civilian and six Royal Air Force personnel — four whom are buried in Helensburgh Cemetery.

Several other MAEE stories are recounted in the Military section, including an audacious attempt to fool the Germans using captured Heinkel aircraft, and how it nearly came to grief.

MAEE also tested an Arado floatplane as fitted to warships such as the Graf Spee, Scharnhorst, Bismarck and Tirpitz. The latter warship received further attention from MAEE which developed the Barnes Wallis bombs that sank her. 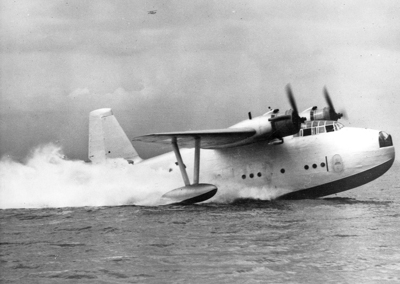 Another Tirpitz project by MAEE was the development of Sunderland flying boats to carry human torpedo chariots.

The MAEE officers were billeted at a small private hotel, Kinnear House in Charlotte Street, and the establishment also included the water tank testing centre in Glen Fruin.

Much of the information for these articles has been supplied by Robin Bird, who wrote ‘Top Secret War Bird of World War Two’ about his father, photographer Bob Bird, who served at the establishment from December 1941.

Robin believes that there is no memorial anywhere to those serving with the MAEE in Scotland. “They were unsung heroes, a mix of RAF, Ministry of Aircraft Production, civilians, technicians and boffins,” he says.

“The MAEE lost several people during trials. An MAEE Sunderland crashed in November 1941, killing crew. In 1941 another Lerwick went missing flying out of Oban. The crew of 13 was lost. This once again illustrates how potentially dangerous the Lerwick was and the bravery involved in testing them to the limit.

“Remember, too, the work of MAEE Helensburgh saved countless lives, not only in improving aircraft but also in testing radar, honing weapons and testing survival equipment. Maybe it is time for there to be a memorial to MAEE at Helensburgh, lest we forget.”

Nigel Such, whose relative Wilfred Harry Such was the civilian killed in the Faslane crash, agrees.

He says: “The idea of a memorial commemorating the losses incurred by the operation of a basically unsound aircraft is a very satisfactory one, as I am sure the families and descendants of the airmen who perished would be appreciative of the sentiments involved.”

The image at the top of the page is of a memorial cross, sent by Robin, which ex-Provost Billy Petrie placed at the Rhu village war memorial on Remembrance Day 2012. Photo by Donald Fullarton.