A NEW edition of John Logie Baird's memoirs “Television and Me” which has been released as an 'ebook' by Edinburgh publishers Birlinn Ltd.

The TV inventor's son, Helensburgh Heritage Trust hon president Professor Malcolm Baird, assisted on the project, and said that the preface and the end notes had been updated and a new cover prepared. 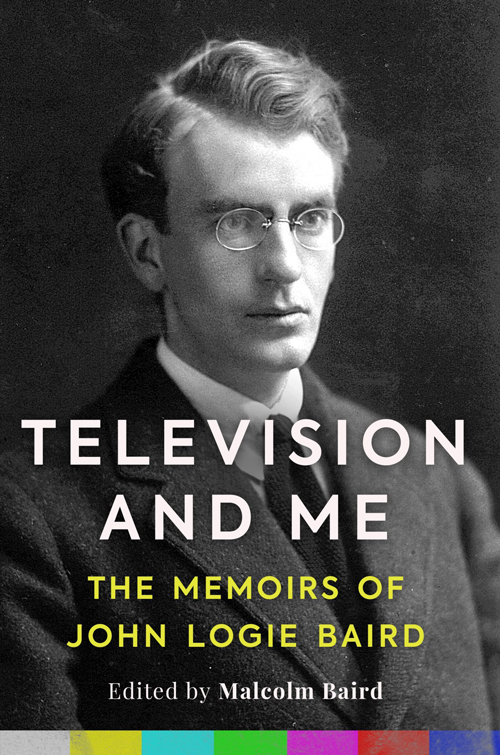 The publishers state: "In one of the most extraordinary and entertaining autobiographies to be written by any scientist or inventor, John Logie Baird tells the story of his life and the scientific journey which led to the creation of television.

"He writes with blunt candour and caustic wit about his childhood in Scotland and the wild escapades of his early business career, when he marketed his own patent brand of medicated undersocks, failed in a hilarious attempt to set up a jam-making factory in the Caribbean and went on to sell soap wholesale.

"Then he gives the definitive account of the epoch-making experiments through which television was created, and his later troubled relationship with the fledgling BBC and his bête noir, Lord Reith, who disliked television. The BBC obstructed and snubbed Baird at every opportunity.

"Some of his commercial and scientific rivals made a concerted attempt to discredit his status as the central figure in the invention of television, and even today, this has led to his importance being misunderstood. This new edition of his grippingly readable autobiography, edited and introduced by Baird’s only son, Malcolm, will help to set the record straight."