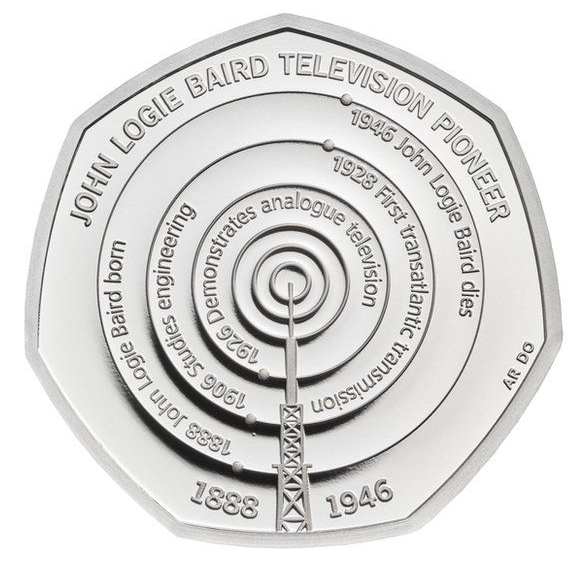 THE ROYAL MINT is marking the 75th anniversary of John Logie Baird’s death with the release on January 1 of a special 50 pence piece.

The 50p coin celebrates the inventor and his creation with a design that captures the key milestones in his life.

Design company Osborne Ross presented these milestones in the form of lines of transmission, which radiate from a central point.

“The equipment that Logie Baird used for his first broadcast isn’t recognisable to our modern eyes as a television, so we looked for another way to express the idea of transmission," said Andrew Ross, creative partner at Osborne Ross.

"A silhouette of the mast at Crystal Palace, together with the radiating circles indicating a broadcast, gave a strong graphic illustration which worked well within the shape of the coin.”

Helensburgh Heritage Trust treasurer Stewart Noble said: "It is great to see him getting some of the attention which he so richly deserves, but personally I am disappointed to see that the inscription on the coin refers to him as 'television pioneer' rather than 'television inventor'."