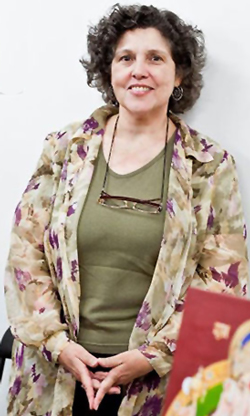 A NOVEL just published features a young Spanish girl who comes to Helensburgh in the 19th century, stays to live here, and how her life develops.

However ‘Cuando Regresse al Norte’ is written in Spanish — in English the title is ‘When I Returned to the North’.

The author is Claudia Gómez (right), who contacted the Heritage Trust in April and said that her story was going to be based in the old Queen’s Hotel in the period after it was owned and run by steamship pioneer Henry Bell and his wife.

She asked for details about the hotel when it was run by the Williamson family, which the Trust was happy to supply.

It is a second novel from the 62 year-old Spanish former art teacher, who wanted to be a writer from childhood.

The first, ‘La Flor de Chamberí’, was the story of a woman who left Spain a few days before the 1936 Civil War began. Twenty years later, she returned to discover the past she left behind.

The book is available online from amazon.co.uk, but there is not an English version.